The best a Canadian music act could achieve was Gordon Lightfoot’s  ‘The Circle Is Small’ at No. 25. After 16 weeks on the RPM chart was on its way down. Disco fever was infecting the North American Market. Anne Murray was hanging in there, as was Heart, Trooper and Doucette.

Below I’ve shown the lyrics for Lightfoot’s “The Circle Is Small” – I would love to say that the message of Lightfoot’s famous breakup song is equal in weight to the world’s entire Disco library. 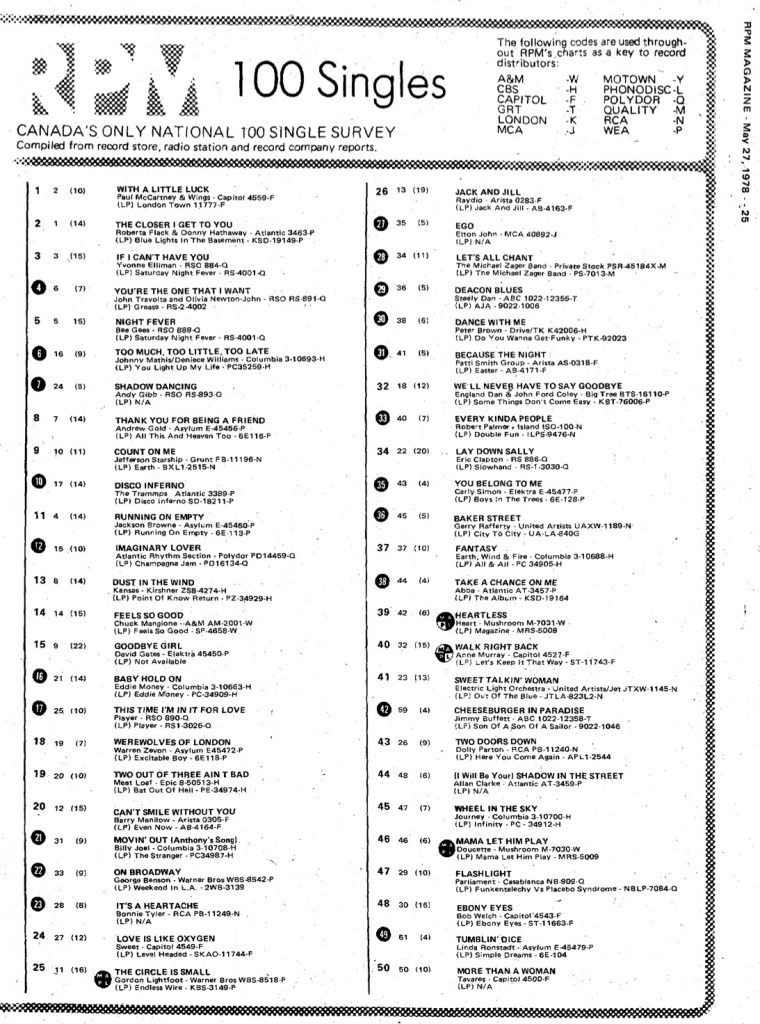 I can see it in your eyes
And feel it in the way you kiss my lips
I can hear it in your voice
Whenever we are talking like this
I can see what you believe in
When his name is mentioned and I die
I can watch the way you walk, the way you talk
The way you close your eyes

It’s alright to leave
But not alright to lie
When you come home and you can’t say where you’ve been
You think it’s fine to do things I cannot see
And you’re doin’ it to me
Baby can’t you see that I know how it is?