In October 2015 the Hamilton Musicians Guild elected a new executive for a two-year term beginning in January 2016. Vacancies had arisen due to the decisions of Lorne Lozinski and Steve Sobolewski to not seek re-election after many years of service.

The Hamilton Musicians Guild is one of the fastest-growing locals of the American Federation of Musicians, which represents the professional interests and rights of more than 90,000 musicians across North America. The AFM is the largest organization representing musicians anywhere in the world.

Recent local initiatives are helping to build respect and trust within the organization: More paid shows supported by the Music Performance Trust Fund, advocating for musicians and solving the problem of non-payment of musicians from Opera Hamilton, public workshops that address the challenges of working as a professional musician, improved communication and showcasing of local news through the Libretto publication, outreach into the community through scholarships and programs supporting music education, being active on social media, liaising with the City of Hamilton’s Live Music Strategy Committee, and for the first time in many years, identifying with and supporting other local labour groups by participating in the Labour Day Parade and being actively involved in the Hamilton District Labour Council. 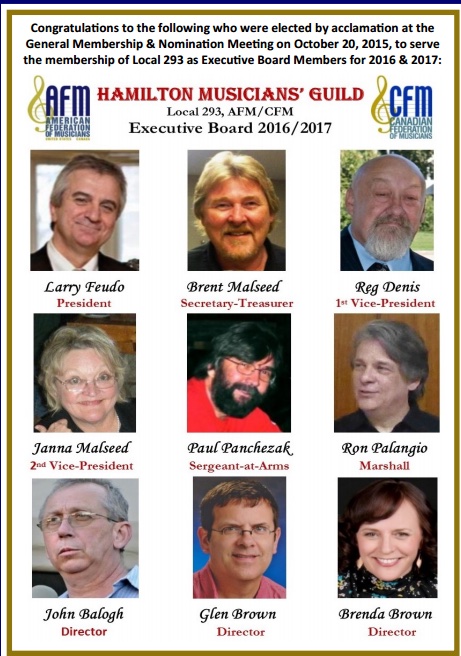 Benefits of being in the Musicians Union: