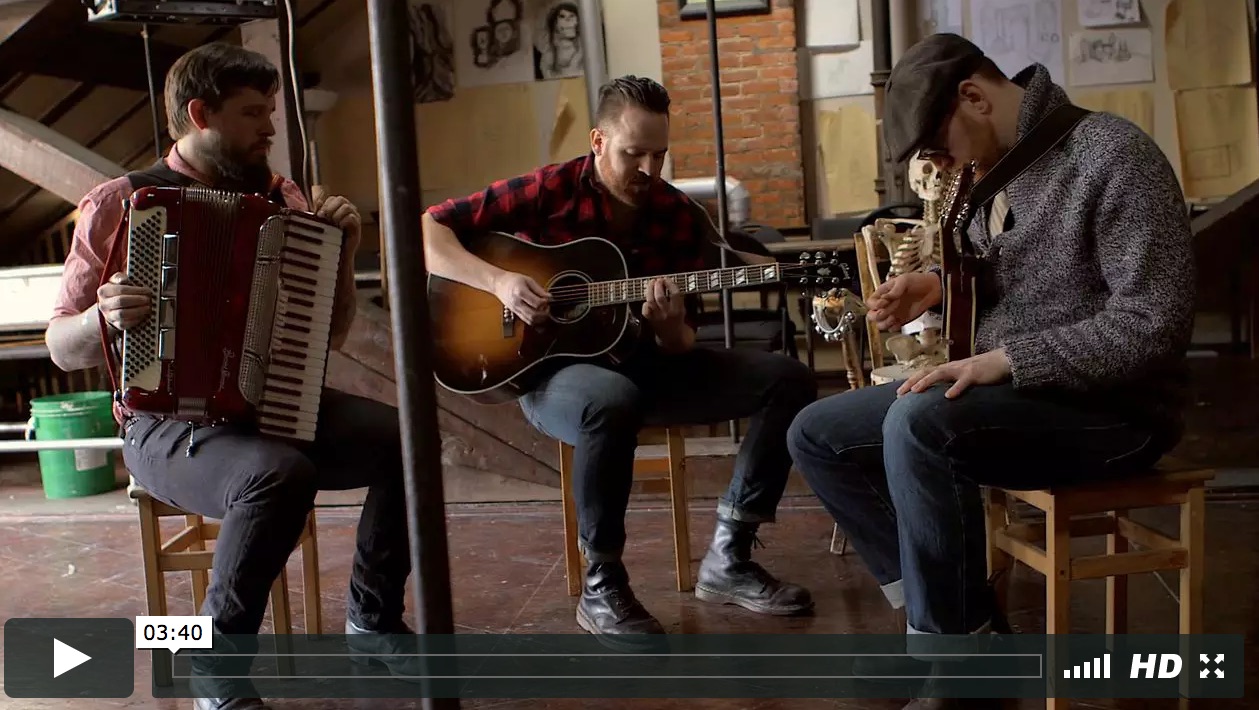 I managed to catch up with Adam and James who had just done a short acoustic set in honour of Harrison Kennedy. Considering how busy these guys are, it means a lot that they’d take time out of their Saturday afternoon. The stripped down vulnerability of playing unplugged and not having the usual five-piece configuration didn’t bother them in the least. It left me motivated to break the ice afterwards and have a chat.

How did you guys get started?

“Adam and band member Ronson are from Windsor originally. They were in a punk band that came up here to play quite often and that’s when I met them. They decided to relocate up here. We just kept on making music from our home base here.”

THE REASON – Drive Me Home from Southern Souls on Vimeo.

You mentioned on stage that you’ve been across Canada 25 times over the past ten years. Tell me about that.

“For the first four or five years, when we were with the other bands, we travelled across the country three or four times a year. One band we were in made the trip a total of seven times.”

May is the time frame for your next Hamilton show. Are any of the details confirmed?

“We’ll know by the end of the month. We don’t play here every two weeks, so whenever we play Hamilton we don’t it to be a minor thing. We want it to be awesome. It’s important that we get play alongside bands of our choice.”

What is your favourite venue?

“We’re pretty loyal to the Casbah. While in town we might possibly do a full-on acoustic session with all five of us. We have a lot of songs in our catalogue that are more acoustic, and we’d eventually like to record some of that.”

How do you stay in touch with your large, country-wide fan base?

“We use social media. Mostly Facebook and Twitter. You can see where people are paying attention the most and so you know how they’re responding. There’s platforms for using an email list, which we may move into at some point.”

Tell me about your most recent album.

It’s on Anthem Records and is called Hollow Tree. We’re supporting and touring on that one now.

Any other comments about the local music scene?

“Hamilton’s great for festivals. There’s a lot of stuff that happens through the spring and summer. Harvest Picnic for example, Sound of Music, Festival of Friends.”