This article has been making the rounds over the past few days. It raises an important point, the point of buying and selling our music, which I’d like to discuss…

Are we, the musicians of Hamilton, ready to seriously consider other models for getting our music out there?

And, have we made it possible, and easy, for local businesses to find our music, buy it, and use it as they please?

Other local business that are looking to sponsor the arts, can only take away one lesson: “Don’t mess with musicians.” And that would be terrible for all of us.

Think about it. Businesses like the Airport need other options that will give them a big bang for their buck. If they’re going to pay for music, a series of live music performances is actually very risky and involves a lot of planning, on-site support and publicity. It’s a big commitment, and it can be an equally big flop. By choosing to not pay for these events and hope that someone will volunteer, businesses are only trying to mitigate their risks and keep everyone happy. It’s not a good model at all, but I’m here to say that we musicians are partly to blame because we don’t give them any other options on how to get our music, other than to show up on location, set up our gear, and play.

Admit it, musical friends. For a lot of local businesses, having musicians on site is a scary prospect, like a tight-rope walk. “What if it’s too noisy? Where will they stand? How can we control what they play? What if customers leave, or don’t like it and complain?” Live shows are fraught with risks – they can easily flop if not designed with the audience and a clear purpose in mind. Not to mention, bringing musicians on site requires load-in/load-out arrangements, performance space, publicity materials and signs, etc. etc. Many businesses want to support local music, they know that there is tons of good local music, but they can’t wrap their business heads around how to make it work.

What if the Hamilton Airport, rather than try to get free music performances from local musicians, tried to support local music differently?

By asking the latter question, businesses who are serious about being effective partners will have to explore a number of options. They might even need to seek advice. What are some of the options they would come up with?

Live music performances with payment made to musicians. Even with the inherent complexities and cost for professional services, it is a very good option. An excellent live show makes a huge impression and creates a memorable experience for everyone. It’s easily captured on film for further promotional purposes. People smile and are happy at musical shows.

Other options could be things like playing local music on the in-house music system (think of hearing this while at the grocery store or department store), offering to sell CDs of a local musician, giving away tickets or coupons to local shows, or create something new. 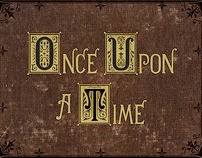 Once upon a time, the Hamilton Airport created a mini task force to consider how the Airport could create a partnership of support for local music and musicians. The task force considered a number of options, and proposed to create a special compilation CD released under the Airport brand which would show to all of its passengers and friends that “Hamilton’s music is as world-class as its Airport.” The idea got preliminary approval, so the task force did its homework and determined that they would budget money for licensing fees for twenty tracks, original CD package design, writing of liner notes, and CD printing for 5000 copies. The process would take a few months, and then the distribution of the CDs would take place during the Pan Am Games “to show the visitors from around the world how wonderful and world-class our airport is, our city’s arts scene is, and our music is.” The proposed budget of $15000 was approved. The task force was ecstatic!

So the very next day, filled with excitement and a desire to do things right, they set out to search for local musicians who have music available for licensing. Almost nothing turned up using conventional web search tools. They turned to music agencies and found the process extremely cumbersome to search by musician’s locale. But eventually they found a handful of older recordings that were available for licensing, but it was nothing like they knew was “out there” and current. Alas, after days of searching for legitimate ways to find and license recordings of current, amazing, Hamilton-composed music, to their disbelief and great disappointment the members of the task force admitted that the project would not be possible in the time frame they had. Even after vying for more time to chase down copyrights and publishers, if they existed, the task force could achieve little and was disbanded. The budgeted money and the project was lost. The system of publishing and licensing music had not served the musicians well. It was tragic.

Very few musicians ever got to know about the project. Even fewer of them understood how music publishing and licensing worked. Many of them had no publishing knowledge and were not sure about what rights they had to make money off their music. If they had officially published their music, they forgot that their existing licensing agreements and agencies for the most part had no obligation to promote or publicize their music, or to even make it easy to find in their catalogue. The publishers and music agents were chasing bigger dollars and not serving the interests of individual songwriters, despite the absolutely amazing music they were writing and recording.

The biggest tragedy of all, was that many of the musicians who the task force thought were writing and recording music worthy of the compilation CD could not even be found on a typical Google search. And furthermore, almost all of the musicians who could be found on the web and who had some kind of a webpage did not explain how people could license their music, and did not indicate if their music publication rights were assigned to an existing publisher, or if it could be negotiated directly with the musician.

And because of the inadvertent confusion and lack of information provided by the musicians, they never got the opportunity to sell their music and be part of that great project.

The musicians didn’t live happily ever after until they figured out how to make their music available quickly for people who want to buy it.