Cameron House Records has some pretty sweet singer-songwriters on its roster. I’m sure glad they wanted to show off their talent to the people here in Hamilton. Last night’s show included Ben Somer, Whitney Rose and Devin Cuddy, and we left with a real sense of satisfaction having had our musical appetites fully satisfied. 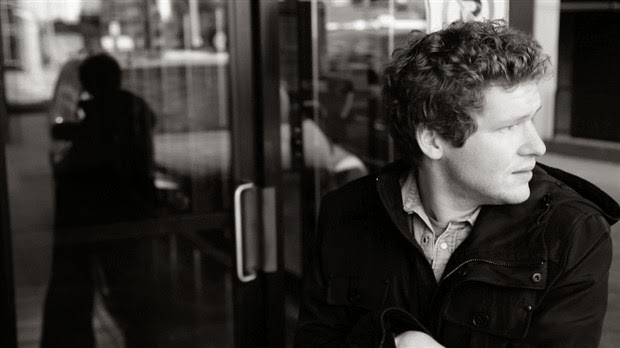 Ben Somer, a Dundas native, opened the night, accompanied by Harlan Pepper buds Dan Edmonds (piano) and Jimmy Hayes (steel guitar). Somer chose a pretty laid-back set which used the subtleties of the steel guitar and gentle piano textures well. It was, I thought, a wise choice for the opening slot on a triple bill. Somer’s songs are emotionally rich in lyrical content and delivery. He explores the ragged edges of life’s box; in his songs we’re taken along with him on a surprisingly wide array of experiences. Based on what he’s already produced (check out his videos on Southern Souls, and his CDs on Maple Music) and what he sang tonight, Ben Somers will be blessing us with great songs for years to come.

Whitney Rose took the stage next. The petite powerhouse from PEI is no stranger to the stage. She already has lots of national touring experience behind her. Accompanied by what must be one of the best back-up bands in the country, we could she she was comfortable and excited to be here in the Hammer. Despite Rose’s diminutive size, her voice and performance were big and beautiful, full of confidence. I enjoyed every song, especially the opener, “Chivalry Is Dead,” and “The East Coast Woman Blues.”

What to do with an overly boisterous audience member? “Sing some Patsy Cline,” shouted one enthusiastic fan. Rose’s coy reply: “But I’m not a juke box.” Then another outburst a few minutes later, “Sing Harper Valley P.T.A.” they pressed, tipping their card as a friend of Whitney’s, and in so doing they found the “juke box button.”

Whitney Rose’s cover of Jeannie Riley’s famous hit ended up being one of the highlights of the set, winning over a bunch of new fans. How humbling, and yet commonplace, it is for a brilliant songwriter like Whitney Rose, or any other songwriter, to have to set aside their own body of work in order to perform someone else’s song!

And my hat is off to Whitney. Her flexibility, spontaneity, and sense of humour allowed everyone to see a wee bit more of her personality. Not every performer is prepared, nor courageous enough, to cover other musicians’ work while putting your own stamp of creativity on it, let alone switch up the set list in mid stride. I think she won over some new fans. Giving a familiar song to an audience is like giving them a gift. You unwrap it and present to them with your special flair. Nicely done.

A second album is now in the works for Whitney Rose, with plans for a summer release. I’ll be picking up a copy to add to the one I bought tonight!

The band members’ performances were catchy, creative, and consummately professional. The very engaging bassist/vocalist Devon Richardson, solid-but-sophisticated Zach Sutton on drums, and Nichol Robertson on guitar, dubbed by Exclaim!’s Jason Schneider as “Canada’s answer to every Nashville god of twang” formed a triumvirate of talent. They absolutely ruled the stage as an evenly balanced team. Robertson was provided with plenty of spacious structure in which he could deliver his numerous leads. Richardson did a superb job of backing up Rose and Cuddy’s vocals while constantly maintaining an engaging stage presence. Sutton’s commendable use of a stripped down three-piece kit went hand in hand with his intentional use of rims, drum shells, mallets, brushes, and shakers to provide interesting variations on the usual sound palette.

As for Devin Cuddy himself, a special event took place before the show where he was presented with an Honorary Lifetime Membership to the Hamilton Blues Society. Society President John Crawford welcomed Cuddy to the stage after making the presentation. We were instantly treated to an extensive set of some of the catchiest, heartfelt, rootsy/bluesy originals I’ve heard in a long time. “Ode to a Gypsy’s Daughter” is one such example.

It’s not just that Cuddy is a natural talent as a singer, songwriter, and pianist. It’s also that he is comfortable on stage, and in his own right is now ready to “pursue the audience he deserves.” The songs we heard tonight are irrefutable evidence of a deep, multi-sourced well of musical influence and inspiration which Cuddy possesses. Lucky guy. Lucky us.

Raise a glass with me.

Here’s to the talent and commitment of these three musicians. And here’s to the next time we get to hear them perform.