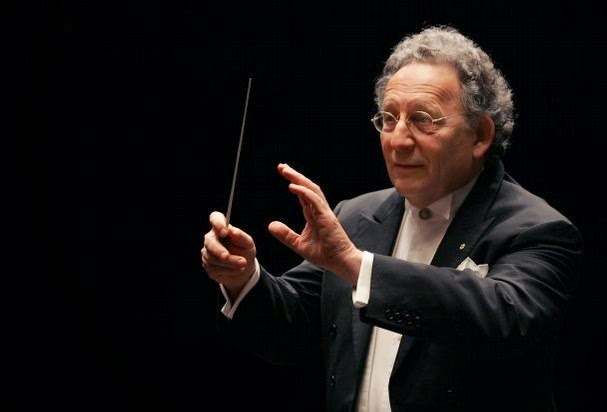 Boris Brott is one of the most recognized Canadian conductors in the world. As a conductor, musician, and motivational speaker, Brott has earned his 2013 Music Lifetime Achievement Award. (Hamilton Music Awards)

Currently, Brott is a Conductor and Music Director of several symphonies and orchestras across Canada, while continuing a successful international career as a guest conductor.

Having so much experience and dedication to both local and international music makes him a prime candidate to share his insights of having a successful music career.

According to Mr. Brott, musicians can take initiative, right here in Hamilton, to help feed their need for marketing skills, musicianship, and passion. Brott explains in detail a few major perks of basing a music career in Hamilton.

Firstly, Hamilton is the home of the Brott Music Festival.

The Brott Music festival has been in Hamilton for 27 years. Since the festival was created, it has become Canada’s largest orchestral music festival. It’s been named a “cultural cornerstone” in Hamilton and its surrounding areas.

According to Brott, the festival holds two main goals.

“The first goal of the festival is to supply the Hamilton area with fabulous music during the summertime, spring and autumn. The second goal is to provide a home for a mentoring orchestra which provides brilliant, young, professional musicians the opportunity to, not only polish their technical and musical skills, but most importantly, to learn vital entrepreneurism which will get them jobs!,” Brott explains.

After founding the festival in 1988, Brott was then able to create the National Academy Orchestra of Canada (NAO), which leads into the next point.

Hamilton is the birthplace of the National Academy Orchestra of Canada.

“The program has graduated over 1500 musicians to different positions in orchestras all over the world. We are a Canadian institution, we accept only Canadian applicants. Everyone that applies must have a post-secondary degree to qualify,” says Brott.

On top of being home of the NAO, Hamilton has lots of other local opportunities to display talent.

Even with the NAO, the Brott music Festival, the Hamilton Philharmonic Orchestra and the many other independent festivals and performance opportunities, Hamilton is a great place to try a bit of everything, including performing with smaller orchestras, like the “highway 401” orchestras.

“You have to cobble together a career that deals with teaching, new ways of presenting yourself, in chamber music or in groups, as well as playing with some of the smaller 401 orchestras, like London, Peterborough and Kingston,” says Brott.

According to Brott, one of the greatest parts of being a musician in Hamilton is that Hamilton is full of people who want and appreciate music. He says thatdespite the lack of funding Hamilton music has, there’s always been a vibrant audience.

“One of the most wonderful things about Hamilton is the audience. We have a wonderful audience of people who love music. People come out and support things…. there’s a lot of appreciation and I am grateful for that,” says Brott.

“Hamilton is far underrated as a city to live in and work from. I’m able to travel just about anywhere directly without going through hubs. It’s the perfect solution. I’m close to Toronto, New York, England…I’m close to everywhere! Traveling is wonderful. International careers and living here is a perfect solution,” says Brott.

With all of these points in mind, Brott urges all aspiring musicians to keep in check with reality.

“You have to want to do it with the full understanding that it’s not the easiest way to become a wealthy person. It’s going to sustain you in terms of the love and passion you have for music. You don’t go into it for them money,” says Brott.

According to Brott, taking advantage of these local opportunities can create a successful, well-rounded music professional. ~ M.H.

Michelle Heshka is a recent graduate of the photojournalism program at Loyalist College. She is currently pursuing a career in freelance photojournalism while continuing to explore her interest in music. Visit www.michelleheshka.ca for contact information.

What will live music look like after the pandemic? Don’t expect a dance floor.