A Reprint from The Hamiltonian’s Musical Notes – Kori Pop

I first heard Kori Pop sing 2 years ago at a huge summer party in Grimsby. I even recorded one of her songs but the crowd was so loud that she was drowned out. Then early last year I went to the Casbah to see a band, but they were not going on until 11pm so I decided to have a beverage in the lounge. Just then, Kori Pop came on the stage and began to sing and play. The crowd almost immediately became silent. You could hear a pin drop. We were all held in a trance by Kori’s soaring vocals and elegant guitar playing. Her original song compositions are wonderful, making full use of the guitar or keyboards to highlight points in a song. She is not big on covering other artist’s songs but the few she does perform are done with a very unique perspective and arrangement.

If asked to compare Kori’s voice and/or music, I might say Ricky Lee Jones, Joni Mitchell and Kate Bush all rolled into one. She is that versatile. I have heard her play live many times and the atmosphere she creates is intense. Sometimes the notes she hits are so high you think she is going to crack or break a wine glass. Her songs are wonderfully simple but powerful at the same time. Even her studio recorded songs are basic. No elaborate orchestrations or fancy studio tricks. If asked about what kind of music does Kori play, I just say it is a little quirky and mesmerizing. Even Kori states that some major record labels have approached her but don’t know what to do with her or where to put her. I caught up with Kori for a chat at the Mulberry Cafe.

Q: I recently saw a video on Facebook showing a baby crying, then someone put on one of your songs from your last project “Songs for Little Bean” and the baby almost immediately stopped crying and fell asleep. Are your songs always inspired by real life events?

A: Yes. Even if it is just the event and then I create a world around the event. It’s always from a real place, whether it’s a feeling I have and then I’ll transform my feelings into a character, then write a character sketch or just write about the specific feeling. I never make up stuff. I can’t sing with my soul if it’s not coming from an honest place. I think that’s what engages people the most.

Q: As you can tell ( I point at my cassette recorder) I’m not a big fan of fancy technology. I’ve noticed that most of your music consists of your beautiful voice and a guitar, even some of your videos are hand drawn paper cut out characters and backgrounds (which I love). What made you go this route with all the technology available to you?

A: My family. We were never technology people. I was the last kid at school to get a computer and by that point I had spent so much time cultivating skills to entertain myself that I didn’t need it. It became more natural for me to get some scissors, paper and pencil crayons and do that rather than figure out how to do that on a computer. I find it really daunting. I can’t be bothered. I like the challenge of creating something surprising out of something that anybody could use.

Q: What role has the city of Hamilton played in your musical career?

A: I love how Hamilton is the underdog. It has a character for that and that’s how I feel as a musician. I’ve always felt like an underdog. People don’t really know what to do with me. I’ve had a label interested say, “I just don’t know where to put you.” It’s kinda frustrating. So I kinda feel that with Hamilton the James Street community has grown especially in the last two years. It’s nice to be able to play at The Artbar or at This Ain’t Hollywood. There’s a familiarity that I like more than I ever thought I would. Hamilton has everything to do with me. It is where my performance roots lie. I remember somebody telling me not too long ago that in the future if things were to happen (career wise) I’m going to have to say I’m from Toronto because people won’t know where Hamilton is. Ya know what? I don’t think I can do that. Toronto is like the rich brother and Hamilton is like the little brother saying, “I’m gonna get there someday !” And when we do we’ll enjoy it much more. We’ll be more like Montreal….I love Hamilton! 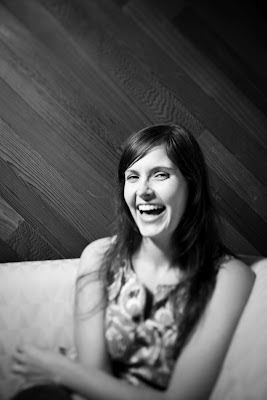 Q: What would you say makes your music unique/stand out?

A: That’s really hard. I’m just being myself. Maybe it’s my influences. I don’t have a favorite artist. I don’t have one person that trumps everybody else. I have a handful of things that move me. I love classical music, particularly Berlioz’s Symphonie Fantastique. It blows my mind. Every time I listen to it I cry. I love Radiohead – that’s why I started writing music – also lJeff Buckley, Joni (Mitchell), and Carol King, so I think maybe that’s what it is. The convergence of my influences and not really emulating one of them because I don’t like anyone of them more than the other.

Q: What’s next for Kori Pop, and where do you see your musical career heading?

A: I have something up my sleeve, but I’m actually not allowed to talk about it. I’m not….it’s a secret! I do have this big project that will be getting underway by the end of this year or early 2013, but other than that…I wanna try to play Toronto a bit more. I probably won’t but I’m gonna try. Gonna be honing my craft a bit more. I want to make sure that my craft is the solid thing in my life before I go on the road. I really wanna make a jazz album, in particular, I wanna make a Mancini album. Just Mancini songs. I like the fact that I’m getting older, my voice is lowering a bit. So when it gets to that low point where I can’t do the high stuff anymore, then I’ll do my jazz album.

Q: When and where are you playing next?

July 23, This Ain’t Hollywood, double bill with alt-country trio Belle Star.
Thursday July 26th, at Bishop’s Park (as part of the Songs from the Bishop outdoor concert series)To get in touch with Kori and hear some of her marvelous music: