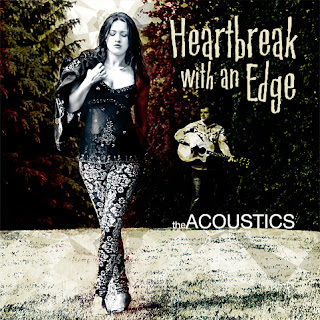 The Acoustics have just released a new single “Heartbreak with an Edge.”
This new vocal was recorded by Amy King at Grant Avenue Studio, as part of her work shop for Grant Avenue Studio’s renovation fundraiser.
Written by Vincent Spoto, the song features Ally Jedrzejek (Ally Jed) on vocals, who joined The Acoustics shortly after the last CD release “Erie Long.”
Here is the Soundcloud link for a free sample listen.https://soundcloud.com/the-acoustics-1/heartbreak-with-an-edge
The song can only be purchased as a download and streamed on all the usual sites such as iTunes, CDBay, Spotify etc.
https://itunes.apple.com/ca/album/heartbreak-edge-single/id1037562727
http://www.cdbaby.com/cd/theacoustics3

Thank you for your time and support!