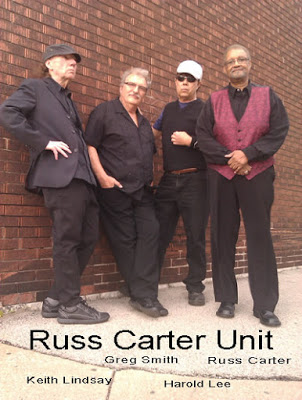 In the early sixties Russ Carter was riding the crest of the wave of soul, rhythm and blues music that was flooding Hamilton. His band, The Bishops, could be called Hamilton’s first rhythm and blues band. Carter states that The Bishops became one of the leading bands and were a significant and early influence in the evolving rhythm and blues music scene in the city.
Originally called the Modern Blues Quintet, The Bishops were Carter on guitar, Bobby Washington on bass, Reggie Washington on organ, Nelson Flowers as front man and Russ’ brother Larry “The Duke” Carter on drums. The men were all vocalists, experienced with singing together as friends in the Stewart Memorial Church choir. But they couldn’t resist the excitement of the popular music that was on the airwaves. 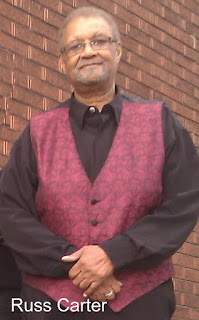 The story of The Bishops, as Russ Carter tells it, is an important part of Hamilton’s musical history. Carter says the story hasn’t been fully told, and wants to honour his band mates who have all since passed away by telling it to all who will listen. Local artist/curator, musician and author Doug Carter has told other parts of the story in his recent book Cool Fool: Blues Rockin’ in the Hammer.  Every Hamilton musician should add it to their reading list.
The Downstairs Club
After playing around town at school dances and Catholic Youth Organization events, their fine music attracted the attention of the Sherman brothers, owners of Jerry’s Man Shop, which ran The Downstairs Club. The Bishops, under Carter’s leadership, negotiated a partnership where they would play six nights a week, plus Saturday matinees. Although The Downstairs Club was removed when the construction of Jackson Square “destroyed” the downtown, the memory of what existed is still alive.
The Bishops had a sweet deal. For three years, 1962-1964, they were the Downstairs Club’s house band. The Man Shop provided them with spiffy clothes at no charge, and paid them a handsome salary of about $200 per man per night. A dollar fifty got you in the door, and the place was always full.
Publicity and Popularity
Carter talks about the Canadian Band Marathon which took place at the Lakeland Pool site. A local deejay had challenged the band that he could broadcast longer than the Bishops could play. After four days it was all over. The Bishops had won, with a record of 81 hours and 7 minutes. The trophy still stands in Carter’s home. The event gave the band publicity and opened a lot of doors. They made the most of it.
The Bishops made sure they put in their time practicing and kept on their game. On Sunday evenings the shows at The Downstairs Club ended at 11:30. The band would stick around to practice and learn new tunes. And here’s one way they made their mark: On the weekends a friend of the band would often drive across the border and visit the record stores in the USA. Returning with a fistful of new 45s, the guys would all sit around and listen to the latest singles. They found some really great tunes on the B sides, and pretty soon they were playing great new tunes in town that no one else had heard, not even the deejays!
A Chess Piece
Russ Carter says, “A lot of people through the years had confusion as to where we got our name from. Most people thought it was from the Catholic Bishops, but not true it is from the Chess piece the Bishop.  We liked the way it looked. Plus we would never be so arrogant as to suggest that we were Bishops of the Catholic Faith.”
He continues, “Thank you on behalf of the Bishops. I know the guys would pat you on the back [for sharing this story] and their chests would swell with pride. They were all taken way too young.  There is not a day in my life I don’t think of them and miss them.”
—//— 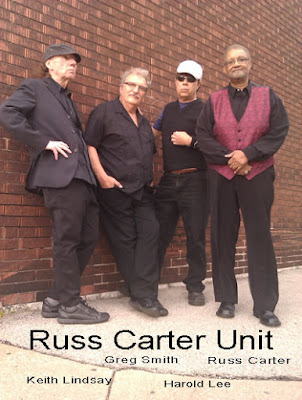 When the Bishops disbanded in 1965, Carter went on to form The Masterhand, later followed by Now and Then and Traffic Jam. He played with Ike and Tina Turner, opened for Parliament, Funkadelic, Mitch Ryder and the Detroit Wheels, John Lee Hooker and others.
Russ Carter’s latest project is a homecoming of sorts. Joined by Greg Smith on bass, Harold Lee on drums and Keith Lindsay on keyboards, the Russ Carter Unit plays the Gladstone June 9, July 14 and August 18.
russ.carter@sympatico.ca
— GB