Home Artists-Musicians The Story of Shorty-Bud, aka. Little Buddy Wilks
Like many of Hamilton’s seasoned musicians, Bud Wilkinson is the product of decades of musical and cultural changes that have been felt across the continent. At the age of seven Bud learned to play mandolin and guitar from a Woody Guthrie hand book and then learned to play Country music with his dad.
Things changed when Bud heard the Beach Boys, Jan and Dean and Chuck Berry. Bud just had to learn that music too.
Then he heard Manfred Man and just had to play the electric organ.
Music, for a while, lost out to hot rods and motorcycles. At sixteen Bud was a member of NHRA, the Canadian Motorcycle Association, the Steel City Riders Club and Paradise Riders club (who later became PairofDice Riders). 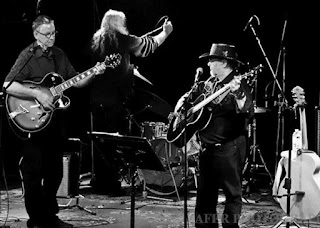 In 1973 Bud was newly married. He got another guitar as a gift and soon got into the folk music of Pete Seeger, Arlo Guthrie, Bob Dylan, and Joan Baez. He became a big fan of Gordon Lightfoot and Simon and Garfunkel. At a folk festival he heard Lester Flatt and Earl Scruggs, and immediately became a fan and student of bluegrass music.
The motorcycles were sold to buy a good guitar.
Bud formed the Red Hill Valley Boys. The group did well for five years or so playing at benefits for Terry Fox and other gigs at a club called Penny-Farthing in Burlington. They decided to enter the Canadian Open Singing Contest where Bud met one of the contestants, a young girl named Penny Lyons, who went on to win the contest. Penny loved traditional country music so they decided to form a Country band “Penny and the Panhandlers.” 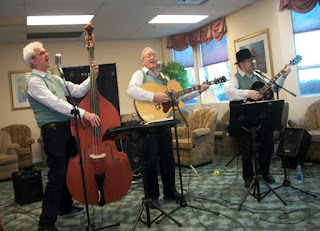 Penny left amicably after the band toured Ontario successfully for a few years. Bud hired Christy Lee and switched to the bass. The group soon became Circuit Rider and toured southern Ontario playing nightclubs.
Bud continued as a sought-after, working bassist for several years,  working with Pam Brooks, Milt Hanson, Ray Tessier, and Roy Beliveau of Roy Boy Records. Being an agent, Roy started Bud on a four year nightclub tour as a single entertainer and duo with his Cousin Marge known again as Circuit Rider. He also toured with “The Country Newfie.”
In 1999 Bud won first place at a local singing contest. He and guitarist Kenny Ef found a young singer at a karaoke bar, formed “Neon Rain” playing New Country music. Again he hit the major nightclub scene and did some recording work.

After working for a time with Pete Sisk and singer Amanda T. Bud moved on. Now known as Shorty-Bud, he joined with Too Tall-Pete and Cowboy Ken to form Riders of the Western Stage who still perform today.
At the present, Bud Wilkinson has also been recruited as bassist for the upcoming “CASH” Johnny Cash Tribute Show at the Hamilton Place Studio on January 26, 2012.