I took in two of the JUNOfest concerts this past weekend. While both were entertaining and interesting attending them back to back provided an interesting contrast.

They were presented at the Church of St. John the Evangelist (a.k.a. The Rock on Locke.) There was also Booze in the Pews (coffee too) for those interested in imbibing.

Friday was the Local Classical Showcase. While the performers were certainly local, they weren’t all classical players. Since there weren’t any local classical musicians nominated for a Juno, popular singer Jeremy Fisher, who was, headlined. This proved not to be the disconnect that I’d feared.

Vox Metropolis opened. They played their lovely arrangement of the Ravel Pavane pour une infante défunte, accompanied the fast-motion film The Sandpit (shades of the movie Koyaanisqatsi, if not its music) and finished with Spain by Chick Corea. You’ve got to credit a trio of classical trained musicians (flautist Sara Traficante turned up on the Juno broadcast playing in Boris Brott’s Canadian Academy Orchestra) who can get around so many different genres of music with such panache.

Emma Rush, founder and Artistic Director of Guitar Hamilton, playing solo, followed with Entr’acte by Jaques Hibert and a three movement Suite del Recuerdo by José Luis Merlin. This was standard classical guitar repertoire and exactly what her fans came for. Those who’d never heard her before and, perhaps, don’t know much about this music were bound to be impressed.

Jeremy Fisher, nominated for Adult Alternative Album of the Year, followed with You Again accompanied only by Rush on guitar, each subtley mic-ed. He closed the first half with Last Time accompanied by Vox Metropolis and himself on guitar. This “unplugged” performance didn’t seem at odds with the rest of the show.

The HPO Brass Quintet (Neil Spaulding, Michael Fedyshyn, Jennifer Stephen, Megan Hodge and Mary Jay) played a short, audience friendly set which included an arrangement of Scarborough Fair. Neil Spaulding spoke a little which always helps in a concert like this one. This Quintet is the group that the HPO sends out for “audience out-reach”. They played at the Public Library last week.

Capella Intima (Shiela Dietrich, Jennifer Ens Modolo, Bud Roach and David Roth), an a capella quartet specializing in Baroque repertoire came next, singing short selections including Benjamin Cooke’s catch The Longitude. Catche clubs were the glee clubs of later 18th Century England and this one was the winner of the 1767 Catch Club Prize. It includes phrases which are rarely heard in polite company, let alone in church.

The performers sounded like the well-trained classical singers they are, which can be is off-putting for listeners who are used to microphone-assisted vocal production. That wasn’t the case in this performance and the audience was highly appreciative.

Yeryard (Steven McKay and Alex Samaras), accompanied by Vox Metropolis rounded out the evening with Yeryard 78 and Tunnel to the Reservoir. McKay made a joke about being intimidated by the other singers on the program then he and Samaras sang their songs beautifly (often in unison) with no amplification at all.

Most of the performers returned for a finale number, one of the catches favoured by Capella Intima.

The church was pretty much full and many had come to hear specific performers whose concerts they routinely attend. There was a very positive, inclusive, local vibe about that whole show that was really nice to experience.

Saturday afternoon the Canadian Music Centre presented the Classical Nominee’s Showcase. All of the music was either performed by nominees or composed by one of them. The roster included no local talent. The concert could as easily have taken place on the stage of the Glenn Gould Theatre Toronto or Pollack Hall at McGill. The performers were uniformly excellent, giving us an opportunity to hear the calibre of chamber music performances which are not presented frequently in The Hammer.

The concert opened with Duo Piano 2X10 (Midori Koga and Lydia Wong) playing Alice Pin Ye Ho’s Heart to Heart. Ho was nominated for Glistening Pianos. This (and presumably Glistening Pianos) is a work of academic New Music. We heard quite a lot of music of this genre at a What Next? Festival concert last May called At the Eastern Gate.

It’s not the kind of music that has much of an audience outside of classical musicians, serious composers and other musical academics.

This link will give you some idea of what Ho’s music is like although it features a singer which immediately makes it more approachable.

The Blythwood Winds, a woodwind quintet, followed with Jacques Hétu’s Quintette (opus 13). Curiously Hétu, who died in 2010, was nominated for Best Classical Composition of the Year for a recording of his Sextet opus 71, part of the Complete Chamber Works for Strings. This, too, is academic New Music but more approachable having been written about 50 years ago and Hétu being rather conservative at that.

Paul Stewart was up next playing Russian Romantic composer Nikolay Medtner’s Piano Sonata in C Major opus 11, No. 3. He was nominated, with violinist Jonathan Crow, for Prokofiev Sonates et Mélodies. I thought Stewart’s short talk on the composer was more engaging than the piece itself.

Baritone Alexander Dobson, accompanied by Steven Philcox, then performed an excerpt from Brian Current’s Juno winning record of the opera Airline Icarus. The performance suffered somewhat from being a piano reduction (i.e. an arrangement) of an orchestral piece.

The pianist played repeated figures (probably constantly morphing but it was hard to tell) at the lower end of the keyboard while the Dobson sang long tones in a stretched-out melody that made it impossible to decipher the text. The skill of the performers was most apparent at the very end as Dobson sang a long quiet note which was suddenly concordant with a chord in the piano.

Cellist Matt Haimovitz was nominated for a Juno, along with the aforementioned Jonathan Crow, clarinetist David Krakauer, and beat-artist Socalled, for Akoka: Reframing Olivier Messiaen’s Quartet for the End of Time. Haimovitz is a big deal, having given up a Deutche Grammophone contract to found his own label. On Saturday he played two movements from the Bach Cello Suite No. 6 on a five string piccolo-cello strung with gut in the fashion of Period Music players. I don’t understand when soloists play such pieces, founded on dance rhythms, with no hint of a steady beat. Granted, Old Bach didn’t expect anyone to dance to them but, even so. The second piece was a Gigue. Nobody could have danced any kind of jig to this rendition.

The concert finished up with countertenor Daniel Taylor and soprano Ellen McAteer. They opened with a duet from Handel’s Semele, accompanied by Stephen Philcox.

It is always a little strange to hear a man and woman singing in the same register, sometimes trading off the same phrases, she with a lovely full sound and he with the peculiar sound which is fashioned out of male falsetto.

He sang a couple of short selections without accompaniement in which he demonstrated his artistry. Sound aside, he is surely a convincing interpreter. They finished up with Matt Haimovitz playing a bass line under another short duet.

Was it a good concert? On balance, it was (especially for $15) and if you are interested in Canadian New Music or Canadian classical performers, you missed out. It did seem somewhat antiseptic following Friday’s performance. The program was shapeless and lacked coherence. Aside from the first two groups the performers obviously chose their own repertoire. Daniel Taylor’s set, for example, had nothing to do with the rest of the concert and was very understated. It was not a suitable finale. There was a lavish licensed reception afterwards in which mostly out-of-towners schmoozed. Good for them. 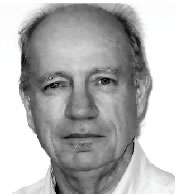 David S. Fawcett is a regular contributor to Hamilton Musician. You can read his other articles by searching under his name here on this blog.