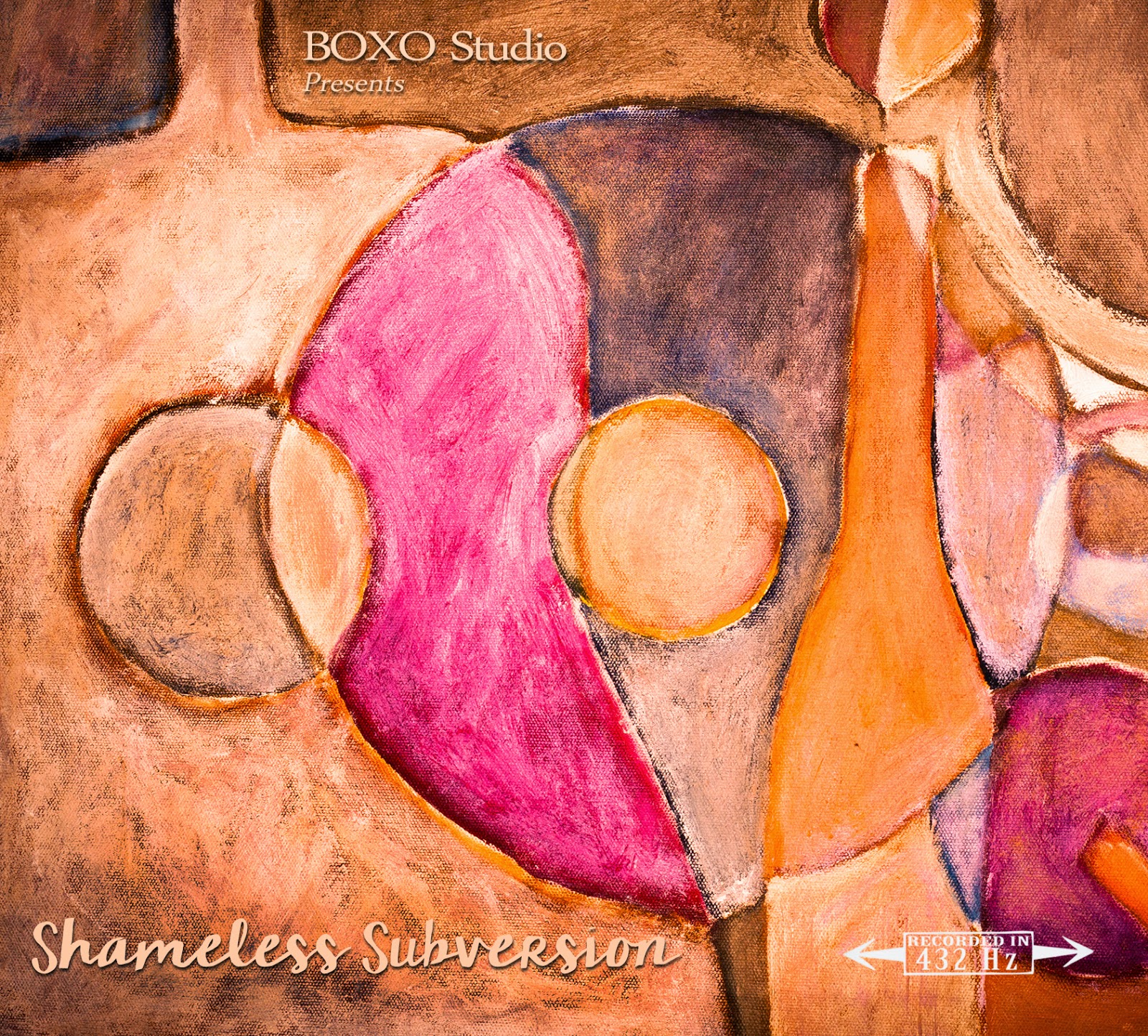 CD release event is May 4, at Hamilton’s This Ain’t Hollywood, on the eve of Mental Health week.

Shameless Subversion is a conceptual collective of music and musicians gathered together for the purpose of helping to acknowledge and heal mental illness. On the surface it is a handsome and appropriate gift of great music performed and recorded extremely well. But really it is a musical trojan horse being wheeled into our public square at the start of Mental Health Week in Canada. Mental Health Week is too often just lip-service paid to the existence of mental illness. However, mental illness is something that affects us all, and to help us speak up and share our stories Shameless Subversion will unleash its magical musical minions upon our unsuspecting minds and emotions.

It is true that music possesses invisible powers to reach our innermost parts. In the words of JUNO award winner Lights, “music is my go-to medicine. It’s like magic.”

This new album represents the soft and vulnerable, yet brilliant, underbelly of the (I’ll say it out loud dammit) fuck you! group of Hamilton artists who continue with their art, despite the usual setbacks and struggles against ignorance and apathy to local music, but also compounded or affected by invisible struggles with mental demons and/or mental health.

Project creator Kevin Barber with Shameless Subversion has brought us a better, local version of Bell’s “Let’s Talk” campaign. This is the real deal, a simple and honest model of engagement not sullied or confused by corporate posing, pushing and pulling. His concept of using great songs to communicate about mental health is a critically important idea. The way he has executed it has preserved the purity and the integrity of the music and the artists.

Now the medicine can (and will) do its work.

I remember the day Barber brought a few of the artists together at LIUNA Station to sing at the Clara Hughes kick-off event for her cross-country bike marathon in support of the “Let’s Talk” project.

The bigwigs in town and the sponsors all showed up to get the photo-op with Hughes and scoop up the camera attention. Almost nobody stayed to listen to the music. The musical performance was barely acknowledged.

They couldn’t see the forest for the trees!

As we packed up and loaded out the gear, Barber’s irritation was evident. He reflected on what he and the musicians had given up to be there. They had given up their time and the usual rate of performance pay to take this special opportunity to share from their hearts, using the universal language of music. Each musician was there because they were inspired by how music has helped them fulfill the Let’s Talk mandate.

Like Lights these musicians knew that music is the go-to medicine. With their songs and sounds they remain the practitioners of Let’s Talk who can actually succeed at starting the conversation. The high priests of mental health if you will.

We can’t ignore the mental struggle that every artist goes through. I’m not just talking about addictions, anger issues, or low self-esteem. I’m also including a universe of mental mysteries and emotional difficulties that affect creative people more than the rest of us mere mortals.

It’s like when we discovered that Robin Williams and Jim Carey, two of the funniest men in the world, were found to be battling depression. There is something about the gifted and creative mind that needs more space. And in that bigger space things get more risky and dangerous. The mind that can flex exceptional creative muscle becomes vulnerable.

It’s as if every great gift of the truly creative mind comes at a cost to the giver. Beethoven struggled and wrestled with notes and sounds in the depths of his mind while taking long walks, and haunted by his gradually increasing loss of hearing.

Nothing comes easy. No pain no gain.

Musicians everywhere are undervalued and underpaid. Not just in Hamilton. But you can’t be a piece of shit and get away with it very long in our musical community, you have to care about the music you’re making. You have to get it. And you need help and support from within the community.

Shameless Subversion, committed to those values, is the triumphant outcome of a year of perseverance following that LIUNA Station concert.

“Musicians can speak to the masses, but they can also be very intimate”

Barber spoke recently on his own podcast, saying, “I wanted a magic musical pill that could affect someone’s physiological and psychological health. Many of us have mental health issues, although we are extremely creative. Some musicians are comparable to Ferraris, others less so. Our minds that fuel us don’t come in on any one performance size. Musicians can speak to the masses, but also they can be very intimate.”

Shameless Subversion thrives on an independent spirit and strong conviction about the importance of capturing the musical performances at their most basic and forceful moment. This is when the emotions are raw. When the artist is vulnerable and can let down their guard. To create this kind of situation, Barber knew he had to allow artists to come forward on their own, and they had to be able to trust their instincts and his if there was any hope of getting the songs at their best.

Barber says, “We knew that our production had to be of exceptional quality. When our singer-songwriters arrived, their material was very young and in its rawest form. We wanted to capture their songs at that early stage and we needed it to be authentic and courageous, as opposed to the product of days of takes and retakes and polishing.”

Another subversive aspect to this project is the treatment of the soundscape where the guitars were tuned to a different version of A. In worldwide convention the note called A is supposed to vibrate at 440 cycles per second (Hertz). But Barber has used a slightly lower version of A which vibrates at 432 Hertz. Purists would say it’s no longer an true A, just a flat one. However, the theory is that our cells vibrate at 432 Hz, so music recorded at that frequency aligns with our physical make-up. This is one of the elements that required the artists to relinquish an aspect of control.

Once the songs were captured thusly, the long, arduous and expensive job of polishing these gems began, with Barber selecting the right musicians and instrumentation and lead engineer Ryan Cannon utilizing the best aspects of both analogue and digital recording methods. “These songwriters are used to putting their hearts out there, I knew if we had great bones we could produce a knock out.”

As a result of this “top down” recording method, each accompanist played their own interpretation, empathetic and attentive, a well executed strategy to say the least. The songs flow together like a tapestry of moods and feelings, a dozen voices telling their story, telling our story.

Barber sums it up, “There are a million great stories out there, and almost as many songwriters. They taught me when I was incorrigible, they healed me when I was injured. It’s a natural thing to see music as the answer.”

CD release event is May 4 at This Ain’t Hollywood.
Album play begins at 6 PM
Live music by the principals starting at 9 PM.
More details coming soon.