“We have a rich history and heritage of music going back over a century,” says Jeff Martin, co-chair of the City’s Music Strategy Implementation Team.

“When we speak about a Music City it’s in a formal sense. We have an amazing community, and a rich history, and we need to put the pieces together,” says Madeline Wilson, co-chair of the City’s Music Strategy Implementation Team. 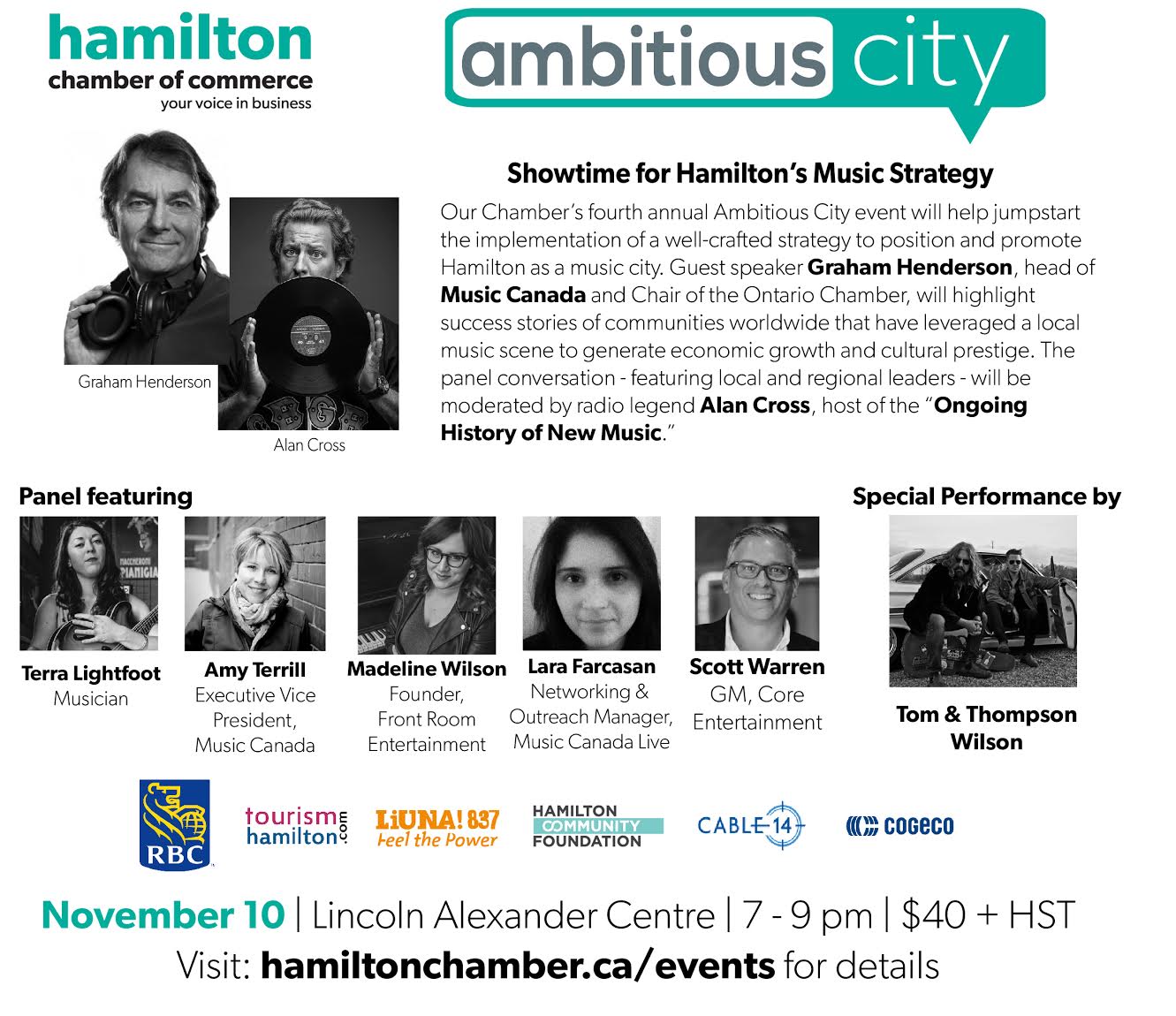 Some facts about Hamilton’s music scene you may not know: