Home Artists-Musicians Diana Panton: The Song Is Everything
June 12, 2012
“… impeccable sense of taste and control.” Tim Perlich, CBC
My special moment when talking with Diana Panton the other day was when she was flipping through her calendar book to tell me about upcoming shows, and she was humming a little tune to herself.
I know it sounds corny, but let’s just say that there was a moment of connection in those few little hummed notes. It reminded me of how she makes every song sound so personal. That is what is so unique about Diana Panton. She instinctively is able to make good music, without much fanfare or marketing hype or hoofla. She can get into the tune and tell the story, and make everyone in her audience believe she is singing just for them.
“Life is too short for bad tunes,” she says. 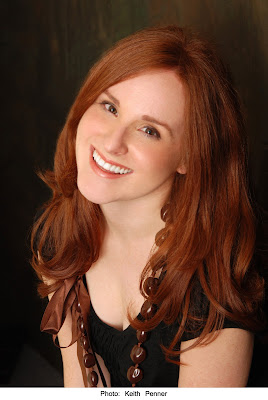 But beyond that, Diana exudes peace and balance, and everyday-regular-person qualities that make one grateful for the opportunity to chat, even if just for a few minutes.
It shouldn’t be so easy to just have a casual chat with a singer this good. You would expect her to be hidden behind managers and other assistant types. The fact that she is a high school teacher and her singing career is largely unknown to her many students amplifies this phenomenon.
Diana Panton has four recordings to date: To Brazil With Love (2011), Pink (2009), If the Moon Turns Green (2007), …Yesterday Perhaps (2005). A fifth CD is complete and will see a fall release. In August Diana will begin work on number six. Two Juno nominations (2009, 2012) have also come her way.
Panton played violin and clarinet through high school. Her strings teacher at Westdale was Bonnie Quinn, who is still very active and involved in the musical community, even though retired. She began classical voice study with Dr. Joan Heels towards end of high school. It was Joan that suggested she try out for the Hamilton All Star Jazz Band in grade 12. The elite jazz band, under the direction of Russ Weil, practised at Westdale. During the time Panton was along for the ride the band’s popularity and audience took a huge upswing. Trips to Europe exposed the young musicians to some of the world’s finest jazz festivals and environments, none of which was lost on Diana.
Where did your interest in jazz music come from?
“I had been singing classical for a while, and grew up listening to Mozart and Beethoven. Whatever my dad was listening to, that’s what I heard. One night he put on an Ella Fitzgerald record and that’s what caught me. When I asked, ‘What’s that?’ he showed me his jazz collection, which until then I hadn’t known he was interested in. I now had more than enough to get started with.”
“Being in the All Stars was like a trampoline for me. I was lucky to have that opportunity.  The public school system provided a good foundation for my music, and the community opportunity of the All Stars provided an extension.”
Panton describes her first meeting with her multi-instrumentalist mentor Don Thompson, “The Hamilton All Star Jazz Band was opening for Trudy Desmond at Theatre Aquarius, and it happened that Don Thompson was in the room, since he was in the band accompanying Desmond. Afterward, Don approached and suggested I look into attending the Banff School of Fine Art, where he was going to be working. So I did.”
“When I got there I realised I was quite a bit younger than the other students by about ten years; I was feeling pretty overwhelmed. But over my time there I had the privilege of working with Norma Winstone, Sheila Jordan and Don Thompson.”
Diana admits she never officially went to music school, but in addition to the Banff School sessions with Sheila Jordan, she has participated in a number of vocal workshops. “I might only get the feedback every two or three years, but it has kept me going,” she says.
“At McMaster I studied French and completed my Masters. In association with McMaster, I traveled to Paris where I worked for a time as an instructor, teaching English at the University of Paris. While in Paris I looked for sheet music in French, and finally found some French songs at an antique music dealer.”
It’s all about the songs. Each of Diana Panton’s albums is songs connected by a theme. Panton starts with a big list of tunes. Next, she and Thompson will play through them all and start to pare it down. The ones that feel the best and are most comfortable remain. The last few are the hardest to cut. The remaining songs shine brightly, as connected gems of musical, literary and emotional art.
When asked to give her perspective on her artistic growth, Panton says, “At times, the support and feedback of others who are experts is helpful and appreciated. But there comes a time where you trust in it more yourself. It’s something you need to do on your own. We were always under pressure at workshops – there wasn’t time to work out every little detail – it forced me to be able to believe and trust my instincts. It’s in you and you just have to go for it.”

And, as we all are discovering, Diana Panton’s instincts are right on!

Diana Panton is performing with Peter Appleyard and the Sophisticated Ladies, at Koerner Hall at The Royal Conservatory, Toronto.