Home Music Business The New Frontier: Music And Urban Development
by Ronald Weihs, Artistic Director, Artword Theatre
There has been a lot of talk recently about the role played by the arts in urban development. Notice has been taken that when a neighbourhood becomes sufficiently desolate, artists start to move in with their studios, galleries and performance spaces. Like green shoots sprouting after an ecological disaster, the artists bring new life to their environment. 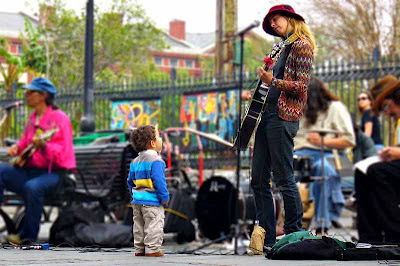 I may claim to know something about this phenomenon. Judith Sandiford and I moved to Hamilton about two and a half years ago. In Toronto, we renovated a clothing factory in the Bathurst/King area into a theatre and gallery complex that played a significant role in the cultural life of Toronto. When we started our renovations, the surrounding area was economically depressed, with beautiful industrial buildings that were largely empty. Seven years later, the area was transformed. The landlord sold the building for a condo development (which advertised itself as being “in the theatre district”), and we closed Artword Theatre.

With real estate in Toronto through the roof, we came to Hamilton looking to start up again, this time with a building we would own. Last year, we trained an ensemble company and created four plays at The Pearl Company, all original and three brand new. Recently, we bought a building of our own, just off James Street North, and created the Artword Artbar and Artword Gallery – a home base for our artistic activity.
Hamilton reminds us of Toronto in the old days, when Queen and King West had big empty storefronts, abandoned warehouses, and industrial buildings going derelict.  Where a painter could rent a big empty space with high ceilings, where an empty store could be leased and turned into an art gallery, or a coffee house, or a little restaurant. Yorkville, Spadina, Queen West, Parkdale – one by one, the artists remade these areas, and moved on before the tide of gentrification.
Now there’s no more frontier in Toronto. Hamilton is the new frontier.
But here’s the surprise. Like the settlers moving across the continent, we thought we were moving into an empty landscape. We believed Hamilton’s own definition of itself: Steeltown, cultural wasteland, redneck city. Like many Torontonians, we thought we would be sowing the arts in virgin soil.
Imagine our amazement (and delight) to find out how wrong we were. We discovered that Hamilton has a remarkable amount of artistic activity, and first-rate artists in all fields – almost all of them under the radar as far as national recognition is concerned. Music was what we found first –  fine musicians playing little bars and jam sessions, going out on tour and then coming back to play with their friends. A theatre scene where the distinction between amateur and professional is blurred – unlike Toronto, where there is a great gulf fixed. We found painters, sculptors, printmakers, where again there is a spectrum of ability and commitment, rather than rigid categories – serious artist, Sunday painter. Poets reading, publishing, reciting – traditional, dub, sound, you name it.
So we’ve learned some humility. The scene is already here, and it’s up to us to become a part of it. And we like the frontier aspect, the blurring of distinctions. It feels very Canadian. Northrope Frye characterized Canadian art as a “bush garden”, a clearing in the wilderness. In Hamilton, it’s an urban wilderness.
And I’ve become quite leery about this supposed wave of artists from Toronto, coming to civilize the locals. They bring with them an attitude that could potentially threaten what Hamilton already has. They bring concepts of “professionalism” (shored up by an extremely selective funding system) that may greatly distort what Hamilton has going for it. 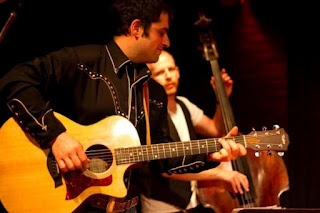 At the “Big Picture Revisited” conference, held November 14, 2009 at the Workers Arts and Heritage Centre, there was considerable talk about remaking Arts Hamilton into a funding body capable of funding individual artists. Representatives of the Toronto Arts Council, and other experts, were present to advise on how this could be done.
Hamilton should consider carefully before adopting the Toronto model. The carrot is simple: we would all like to get some money for what we do. But consider – the odds of any application succeeding for arts councils at all levels are approximately one in seven. One winner, six losers.
In “world class” Toronto, much of the time, effort and money in the arts community goes towards seeking funding. Instead of amplifying the energy of the artists, the system drains it away. Those who want simply to be left alone to do their art are at a disadvantage, compared to those who are prepared to make seeking funding a way of life. The effect is to isolate a small group and disenfranchise the majority. And the small group of haves is not to be envied; instead of feeling free to work as they please, they end up internalizing the artistic values of the agencies – a crazy guessing game, since these are never spelled out.
The artists in Hamilton are already busy remaking the city. There are plenty of ways to help them, that fall into two categories: removing barriers and rewarding efforts. The barriers that need to be removed are the bylaws and red tape that hinder the artists in their efforts to transform the urban environment.
Rewarding efforts can be done in many ways: buying work, hiring performers, commissioning public art, publicizing events, helping with audience development, providing matching funding, offering tax breaks and credits, providing access to facilities and resources. There are many things that can be done to encourage the already-healthy art scene in Hamilton to grow and mature. Let’s be careful about importing a model that may not fit our circumstances.
——————————-
Note: This article was first published in the Pearl Review. Used with permission.