Writing and photography by Michelle Heshka

The Dundas Folklore Centre hosted their first bluegrass concert on Sunday April 13, 2014 at the Dundas Legion. With a fantastic turnout of nearly 200 people, the afternoon started out with smiles, hugs, and handshakes. In attendance were many devout bluegrass lovers who never miss a chance to listen to some great music.

Winterline started off the concert with a set list of approximately 12 songs. It was a beautiful medley of vocals, guitar, dobro, banjo, mandolin, fiddle and upright bass.

Their band consists of six people, all of which are family. It was interesting and exciting to experience their family dynamic. It was made clear by their grins and glances that their performance was serendipitous – they were performing the music they love with loved ones, and the crowd was delighted.

By the end of the first song, Winterline had the entire audience tapping and clapping along.

They frequently encouraged the crowd to participate in the music. It’s no surprise that this is an award-winning band. Multiple members of the band were 2013 Central Canadian Bluegrass Award winners. Kenny Robichaud, their band’s vocalist and dobro player was named entertainer of the year. Joyce Gagnon, also a vocalist and mandolin player, was named the female vocalist of the year. On top of that, Dave Blakney, the band’s promoter, was named D.J. of the year.

Winterline continued their set by mixing up traditional bluegrass music with rock and roll, as well as country classics. Their final song was definitely a crowd pleaser – Johnny Cash and June Carter’s “Jackson.” The band encouraged listeners to sing and clap along. Their upbeat tempo and spectacular picking wowed the crowd. Not a single person sat still during their performance. The crowd was so impressed by their performance that they demanded an encore.

The band maintained an authentic experience by playing acoustically. The four band members shared one microphone and came to the forefront when their instrument instrument was being highlighted. Their set list highlighted many mandolin and guitar solos.

They surprised the crowd when they strayed slightly from traditional bluegrass to perform Johnny Nash’s “I Can See Clearly Now.”

The voices of this group were outstanding. Unlike the previous band, this group featured only male voices. The tonal range of the group was amazing. The harmonies of the male four voices together varied from low and deep, to baritone, to alto. Their harmonies were virtually seamless.

The show ended with both bands receiving standing ovations. The crowd was thrilled with both performances and took home CDs to keep the concert going.

Bluegrass concerts aren’t like ordinary concerts. You’re encouraged to tap, clap, sing and howl, as long as you’re having a good time.

Look out for more local bluegrass concerts at www.dundasfolklorecentre.com

Reviewer and photographer Michelle Heshka asked each of the performers, 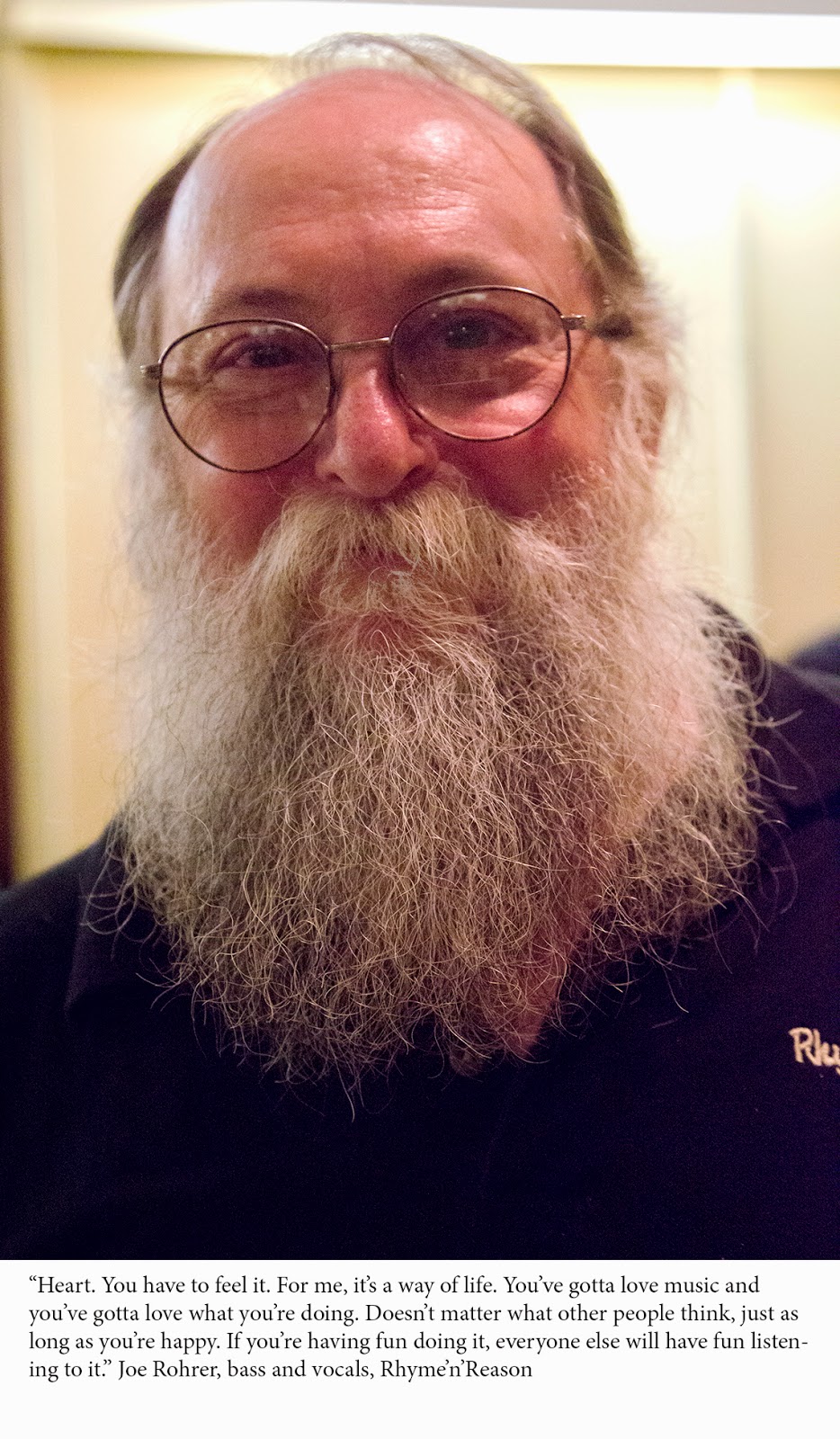 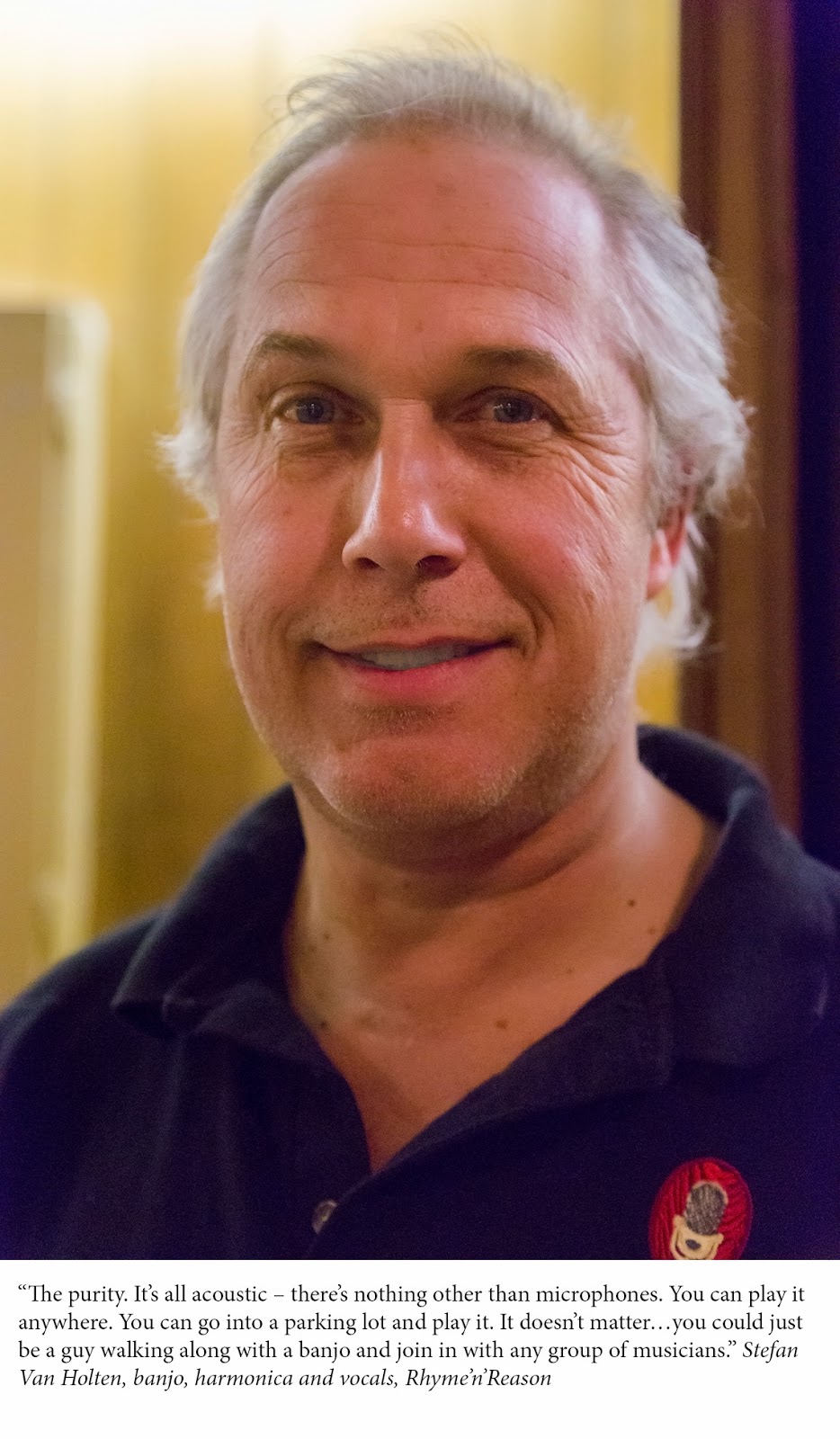 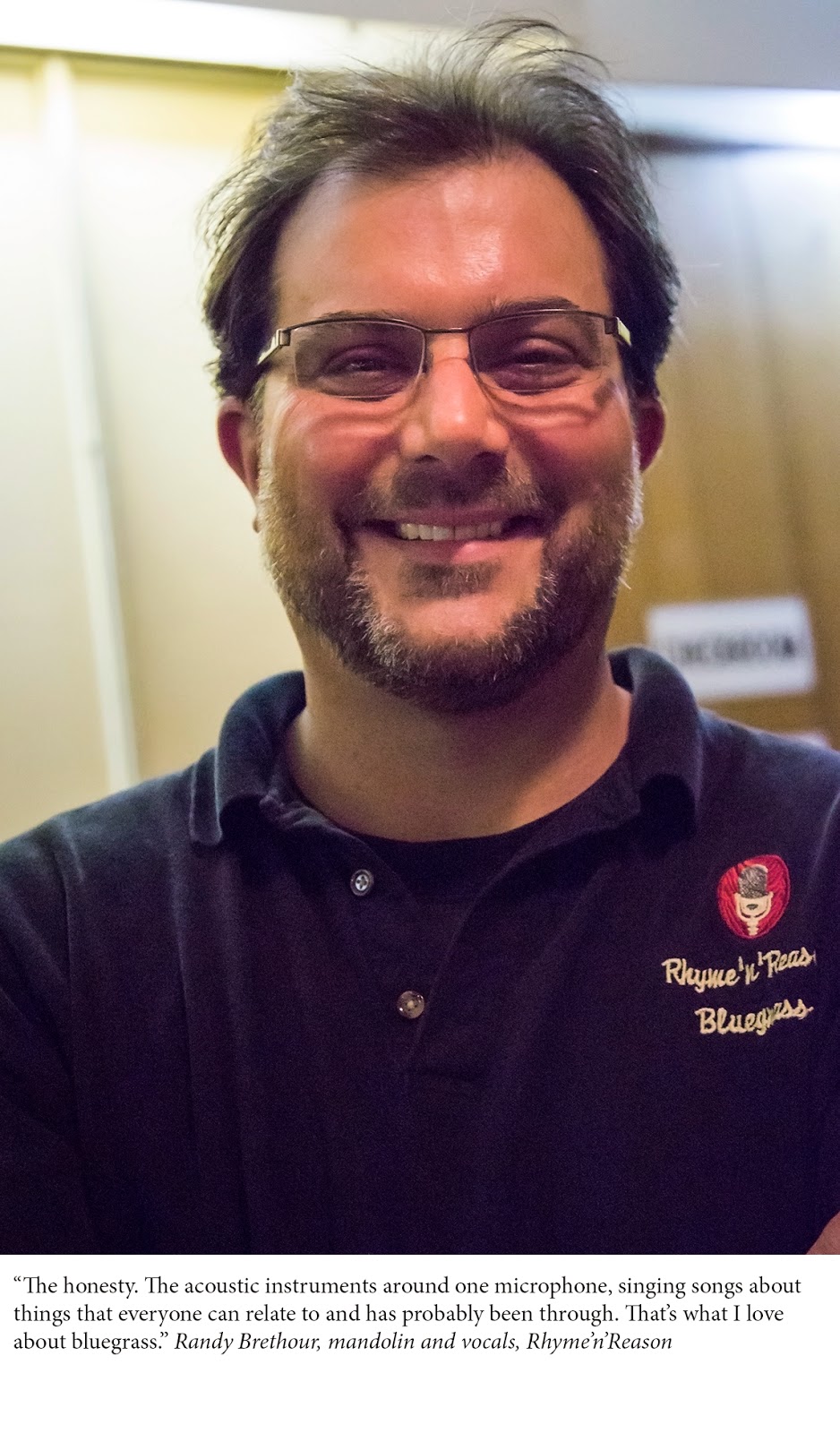 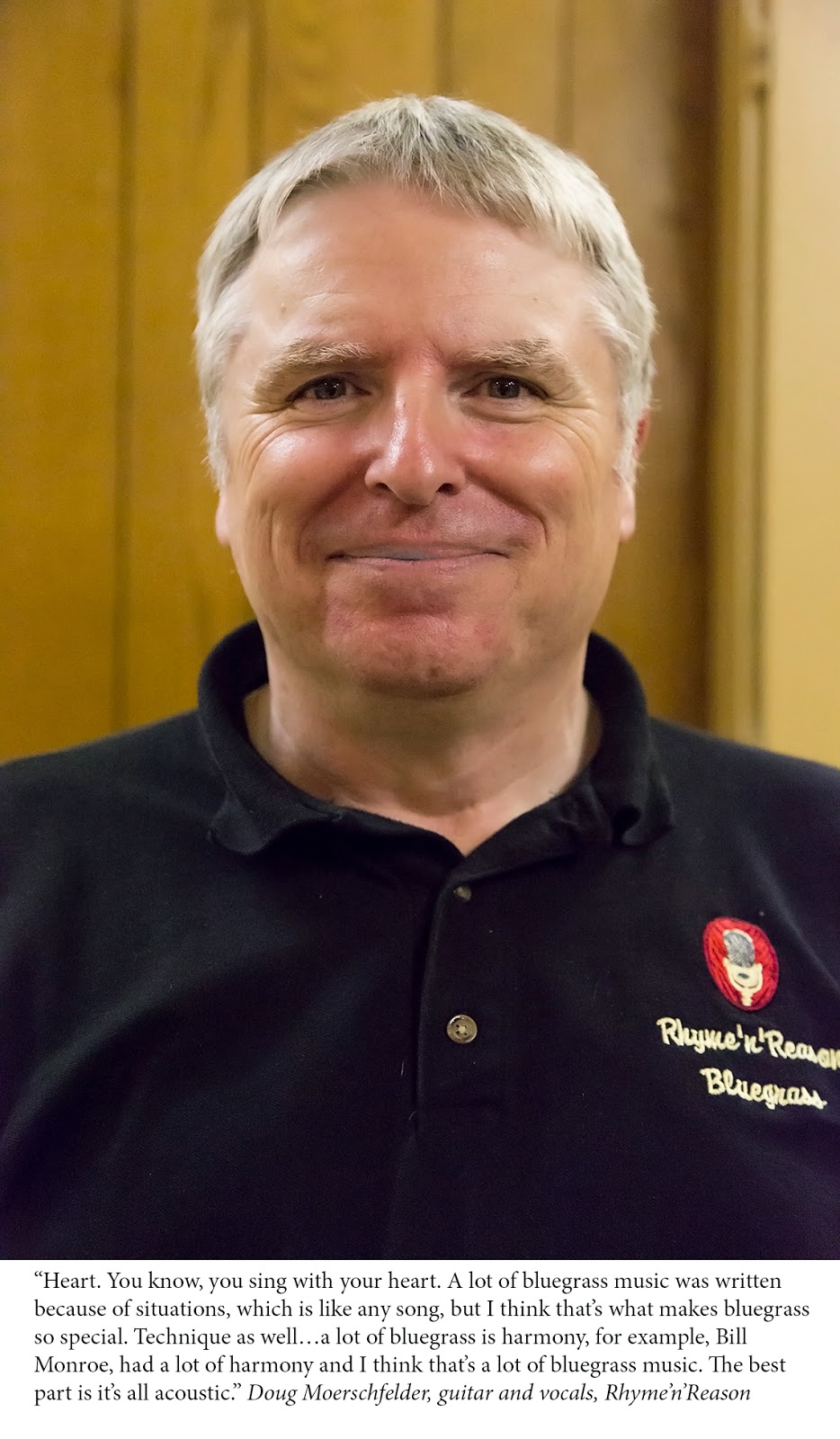 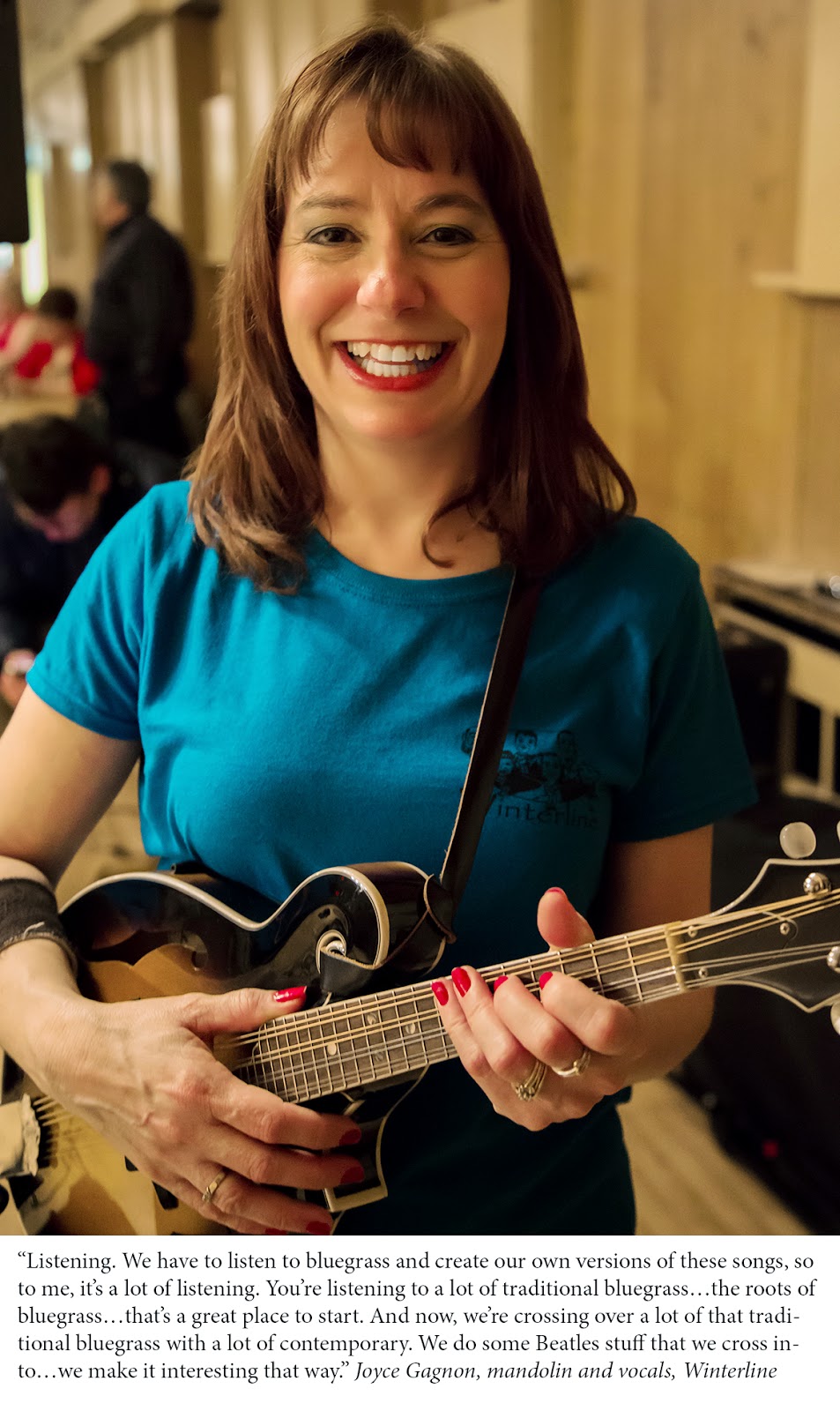 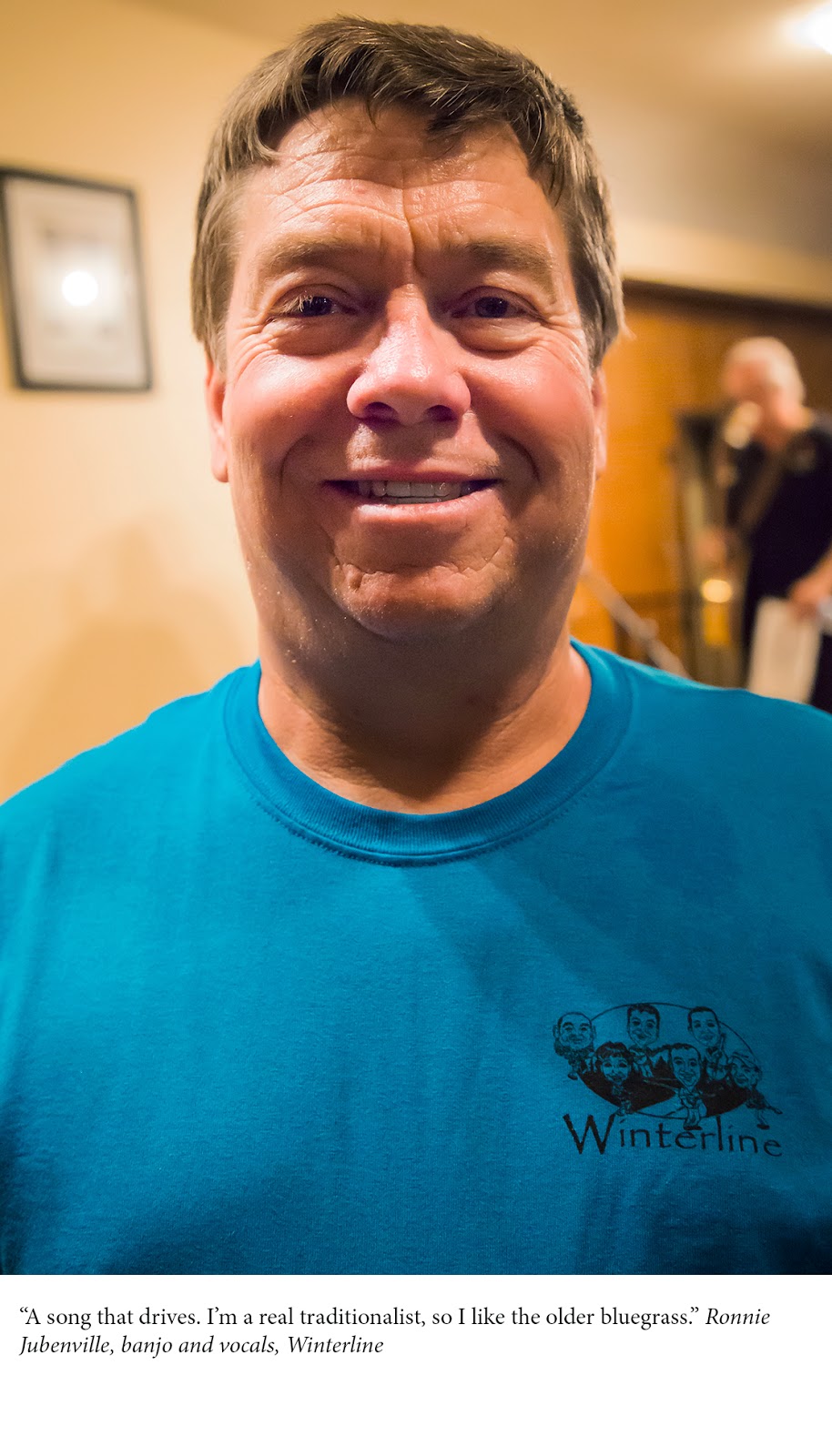 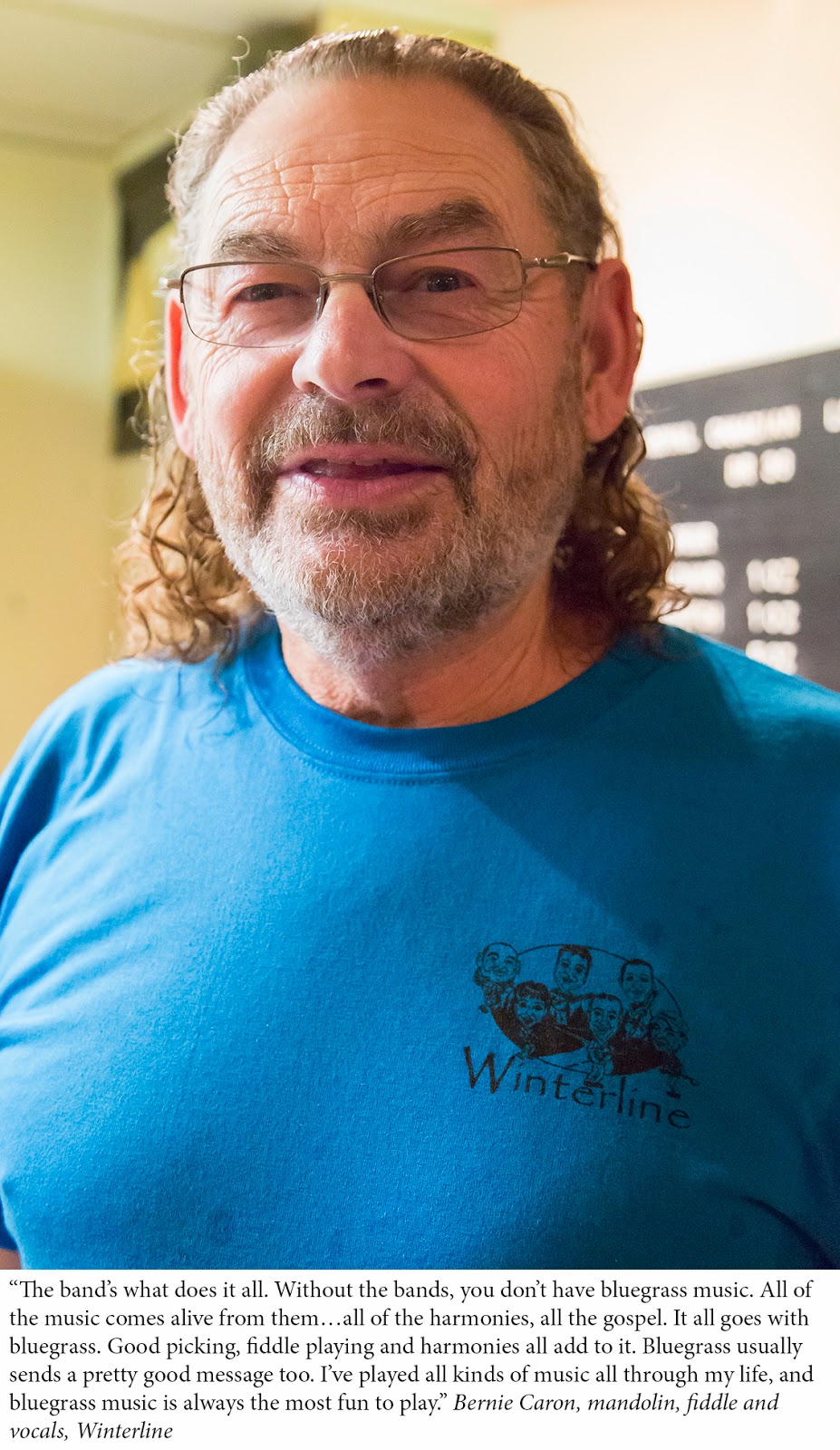 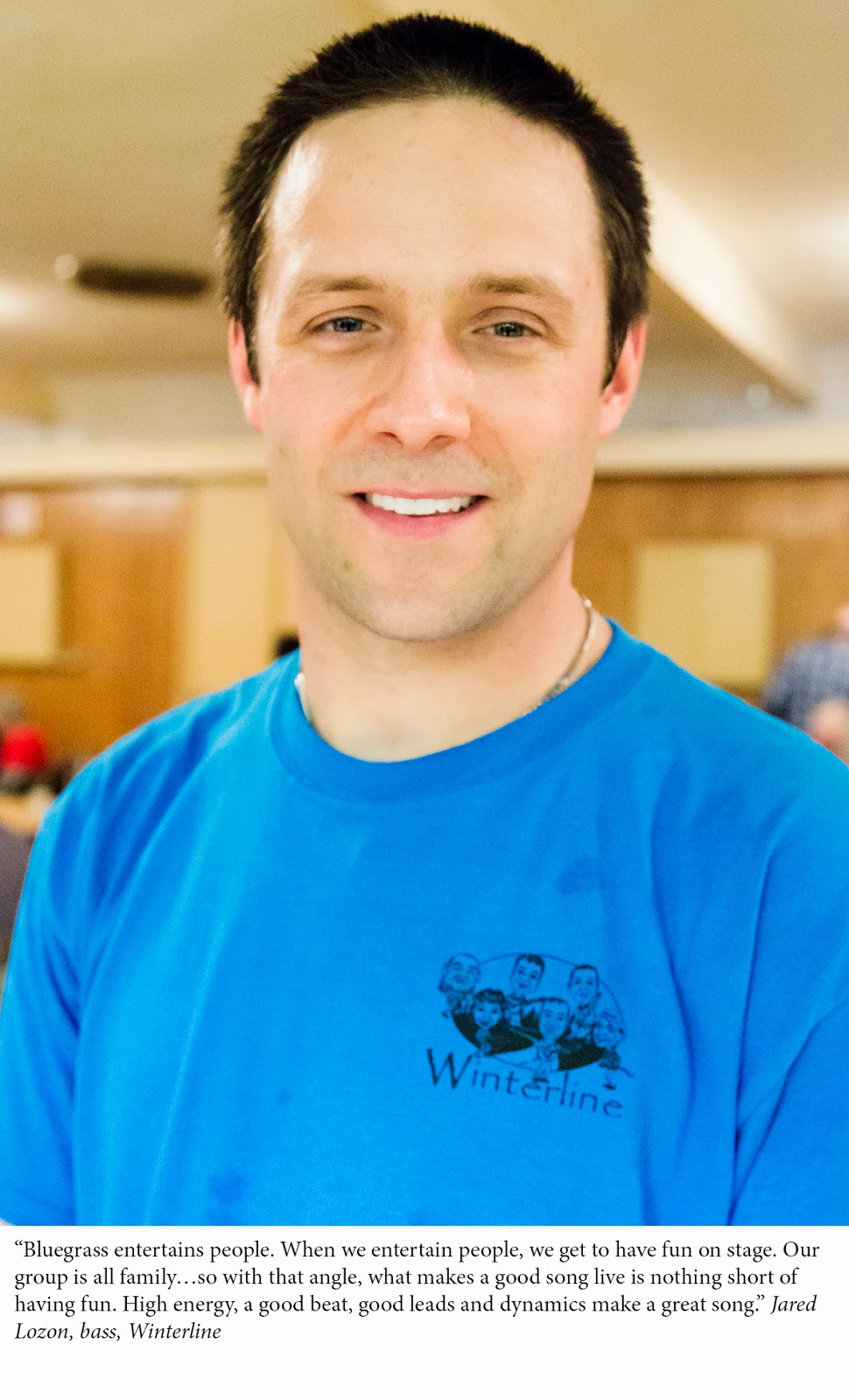 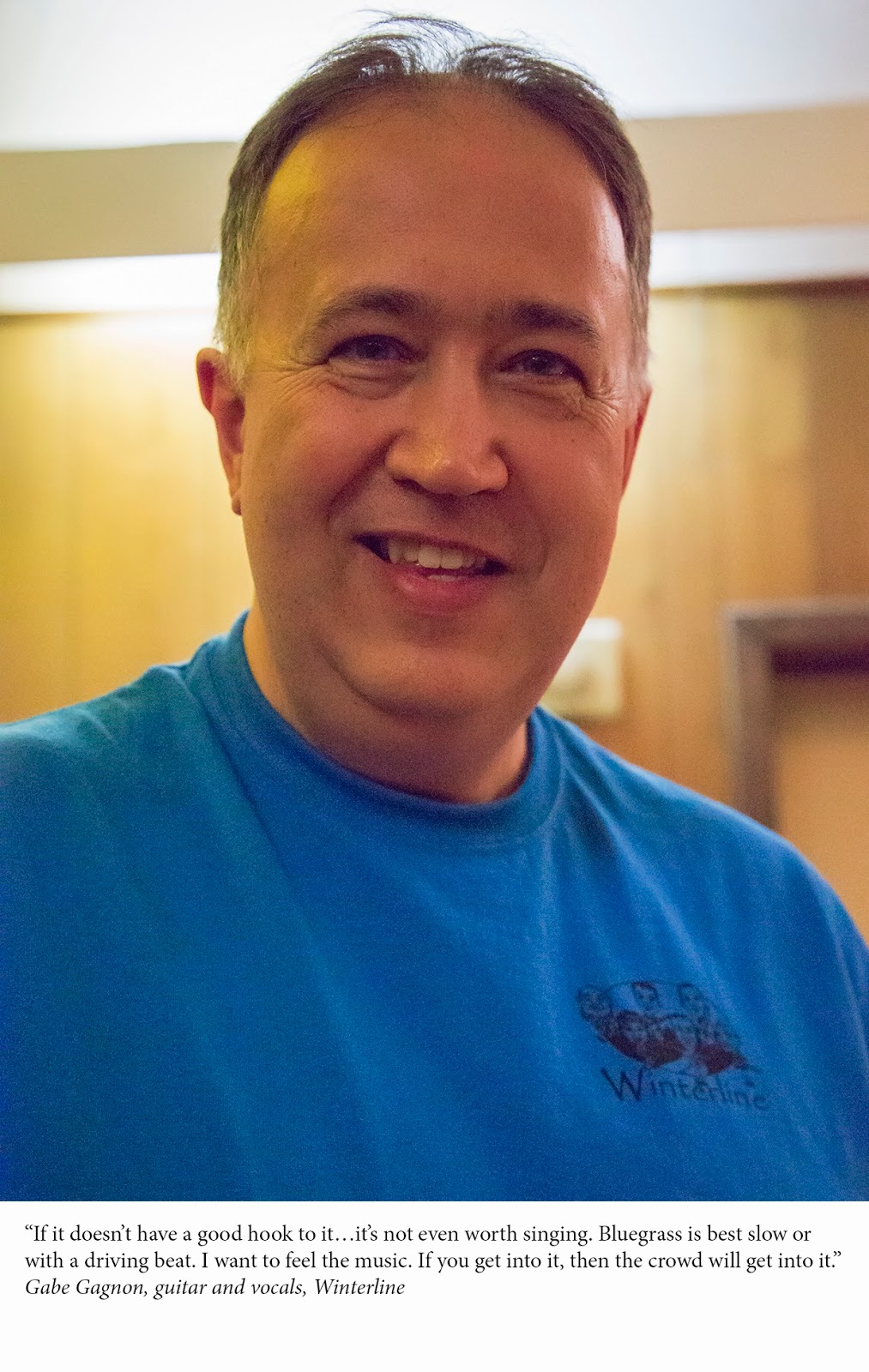 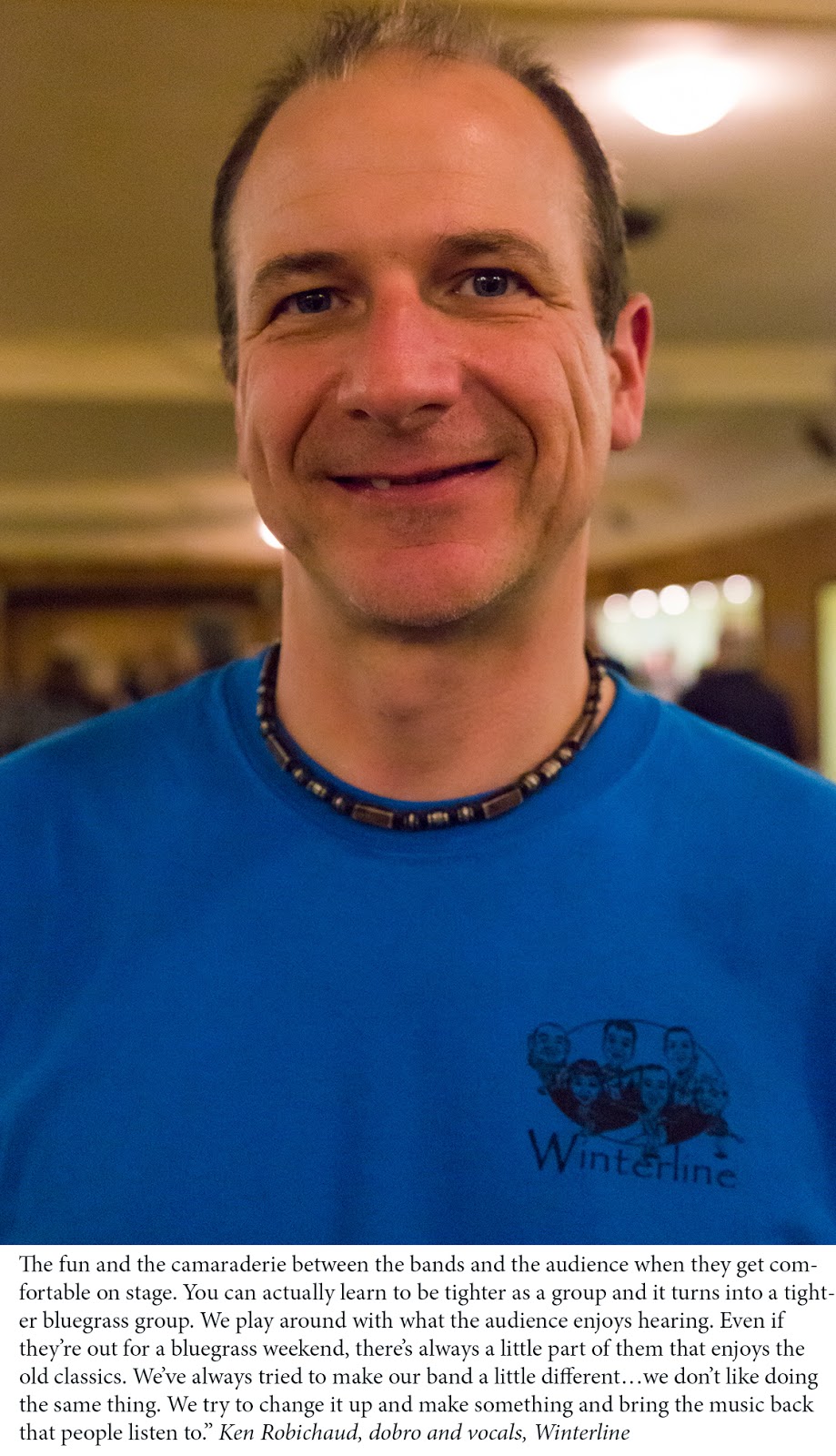 Michelle Heshka is a recent graduate of the photojournalism program at Loyalist College. She is currently pursuing a career in freelance photojournalism while continuing to explore her interest in music. Visit www.michelleheshka.ca for contact information.