Home Artists-Musicians Good Rockin’ Blues Medicine
Good Rockin’ Blues Medicine
Guitar Mikey and Real Thing CD Release
Molson Canadian Studio, Saturday, April 7, 2012
by Glen T Brown
Four hundred Hamilton blues fans got a dose of good medicine last night at the Molson Canadian Studio, as Mike McMillan, aka Guitar Mikey, took the stage and moved back into the forefront of the local blues scene.
Last night’s show was called a homecoming, although we’re not sure if Mike has plans to move up from Mississippi any time soon. For the past twenty years or so he has been widening his horizons in various parts of the States. After stints in Chicago and Boston he eventually settled in Clarksdale, Mississippi. But it looks like his heart never left The Hammer. 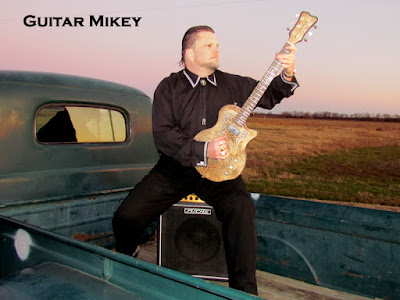