Home Artists-Musicians Great Voices. Tight Harmonies.
Toronto Festival Crowd Soaks Up The Sounds Of
Hamilton’s All Star  Vocal Jazz Group
by Glen Brown
Ten talented singers from the Hamilton area wrapped up the three day SING! Vocal Arts Festival last night at Harbourfront’s Lakeside Terrace. The appreciative audience of approximately seventy-five music lovers was delighted and satisfied with the calibre of the performance, based on the enthusiastic ovation and attempts to get the jazz choir to do an encore.
The Hamilton All Star Vocal Jazz group is ten people – four men and six women – between the ages of 18 and 29. Their youthfulness inspires the belief that, with this much musical ability already under belts, they each have a solid future of music-making ahead of them. The ensemble was snappily dressed, with the ladies wearing gold glitter skirts and the men decked out in three-piece suits and bright ties.
Vocal jazz ensembles have two tasks to achieve. First, they must remain true to the jazz style which often includes improvisation, scat singing, and flexibility within a tonal framework. It definitely requires a great sense of pitch, rhythm, and the ability to fully energize, or be energized by, the music. Second, they must be able to create close harmonies, often with dissonant combinations. This requires a highly trained ear. If all these things are achieved with good intonation and balance, a great jazz choir will sound rich, smooth and intense.
Their first selection was a straight ahead medium swing, with walking bass and drums added, thanks to Faisel Qazi’s beat-boxing. Faisel later brought the house down when he took the microphone for a solo, and surprised us by adding a blues harp to the mix.
The group relaxed during their second number, Stone Soul Picnic. “Hurry down to a stone soul, picnic; There’ll be lots of time and wine…” It had a catchy melody and a nice balance, and several short solos, all capably done. A Michael Jackson medley of Beat It, Billy Jean and Smooth Criminal kept things light and a little tongue-in-cheek. I’m glad they included this in their set. Too often, choirs shy away from familiar material to avoid sounding mundane or corny. But then they run the risk of leaving the audience alienated with no connecting point. The Hamilton All Star Vocal Jazz with its selection of repertoire kept things interesting and relevant. 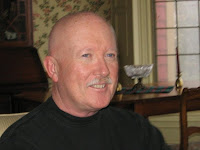 In A Mellow Tone was next. The group never drifted away from the tonality, despite the closely voiced chord progressions connected by very subtle pitch changes in this arrangement. The next selection was Skylark with a lovely solo by Stephanie Hincks, followed by the novelty Ain’t That A Kick In The Head which gave Stephen Telford an opportunity to shine. It seemed to end too soon! I would have enjoyed hearing some more, perhaps with a couple of smaller sub-groups pulled from the larger group.


Director Chris McLaughlin has done well with this dedicated group of musicians. Their performance was a nice finishing touch to the inaugural SING! festival. I hope to hear more of them in and around Hamilton in the future. They are looking for opportunities to perform and enjoy being able to combine performances with workshops, especially when visiting schools. Contact Chris at chrismcl@cogeco.ca.