Home Music Business Greater Hamilton: Canada’s “Music Town” Tees Up For The Next Big Round 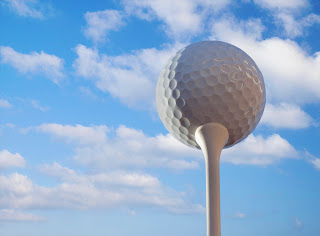 If there is one fact we should embrace over the next few months, say, between now and Supercrawl, is that GREATER Hamilton (not just James Street) has a well established musical life that is developing “organically” in several neighbourhoods around the region. The story of how Hamilton’s musical life will come into its next step of maturity and greatness is soon to break.
breaking now.

I hope to God the majority of our fine citizens will catch wind of it!

Part one of the story began today at the Lister Block. What happened there today would be impossible in Toronto or any other Canadian city.

A crystal of consensus emerged as a group of people representing a significant cross-section of the local music business frankly and openly discussed what to do with the Ontario Live Music Initiative. Everyone had their say. (For a list of attendees, click here.) Tim Potocic (Supercrawl), who recently replaced David Ames of the Hamilton Chamber of Commerce as the Hamilton representative at the provincial discussion table on the Live Music Strategy, reported on recent discussions.

As would be expected, the provincial table is dominated by Toronto people. It’s true that the GTA is the fourth largest market for the music industry in North America. There’s just so much going on there. And sure as shit, Toronto is looking out for itself. There’s no expectation that Toronto will be treading softly or taking it easy for the sake of “lesser” municipalities. Especially when money becomes available.

No Time To Sit Around Dreaming

And yes, Toronto is moving quickly in areas of developing a Toronto music brand, seeking proposals for a designer of a web portal for live music, and also with the idea of opening a music office. These things are not surprising.

Potocic’s report to the meeting heightened our sense of urgency in the matter.

Hamilton needs to get its game balls teed up quickly and hit a solid first drive. The game is on. A spectacular opening shot will pay off greatly, and we can do it.

Why? Due to its smaller size, Hamilton has a more easily unified sense of purpose and action. A couple of examples: We are diverse. There are some regional economic disparities. There is a wide range of nationalities and musical tastes. But where Hamilton is small, Toronto is sprawl. Almost completely unwieldy. Despite Toronto’s resolve to move ahead quickly, its political reality is comparable to a swamp full of landmines. For example, any political decisions in Toronto will require support of 41 city Councillors. In Hamilton there are 16. In neither case is moving ahead quickly a slam dunk, but the odds of quick action favour Hamilton.

With the general sense of consensus forming around this table today, especially considering who is at the table, I believe we’re already much farther along the road to success.

Result of today’s meeting: a task force was formed to carve out an action plan.

First, they are going to assess the existing web-based music listing services, such as Tourism Hamilton, Tourism Ontario and other popular event listings and then determine and make recommendations about how move forward with “breaking down barriers” to information seekers looking for local artists, shows, venues, events, and music services. There are gaps in the information people find online when searching for “what to do in Hamilton.”

Second, they will consider how to approach the unwieldy topic of developing a music brand for the greater Hamilton area.

What I like about all this, is that for the first time ever people are echoing the beliefs that caused me to start this news blog in the first place: “Hamilton is Canada’s Music town. It’s just that nobody seems to know it!”