Kitchener raised, Hamilton Ontario resident Steve Strongman will be clearing space on his mantle for more hardware after receiving a coveted JUNO Award for Blues Album of the Year for his recent release “A Natural Fact”. The award was handed out this past Saturday at a gala dinner at the Queensbury Convention Centre in Regina.

“Winning this Juno is amazing. I am so proud to be included in such great company with the other nominees. I share this with all the people that made A NATURAL FACT so special, especially my producer Rob Szabo. This was a team effort. I also want to thank Mel Brown, who continues to inspire me.” Strongman said.

The JUNO win follows Strongman taking home three Maple Blues Awards at the gala ceremony in January, where he received awards for Guitarist of the Year, Songwriter of the Year, and along with Rob Szabo, Recording/Producer of the Year for “A Natural Fact”. 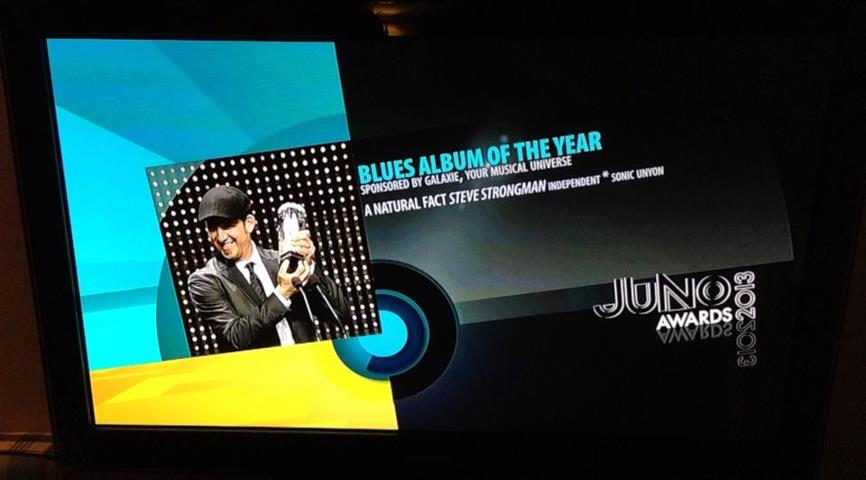 Strongman is currently preparing for a busy Spring / Summer festival season with numerous dates across Canada.

Visit www.stevestrongman.com for info about upcoming appearances and news.