It’s a beautiful year for Hamilton at the JUNOs. What can I say? Here are the winners:

Well, we heard an announcement earlier this afternoon, before air time of the JUNO AWARDS, that The City Harmonic won a JUNO. To me, that is really truly special news, knowing the extremely difficult year one of the original band members, Eric Fusilier (bass), has been through. The band continued to tour and perform the inspiring Christian music that they have become known for. Congratulations! 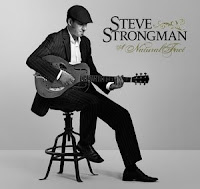 Steve Strongman’s refreshing songwriting on his latest album A Natural Fact provided the necessary foundation for this year’s accomplishment. Strongman has built a reputation for being an excellent, engaging performer with a commanding stage presence, strong vocals, and exciting versatility on guitar. I really appreciate how approachable and friendly Strongman was in our July interview. 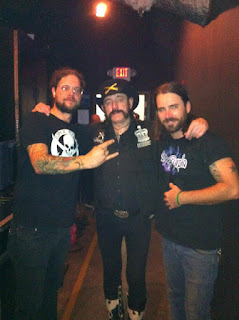 Monster Truck. Gotta love this band. I remember seeing them at It’s Your Festival almost two years ago. They were on a side stage. You know, the one on the lawn over by the baseball diamond near those funky pine trees that grow sideways. There was a group of VERY supportive fans out to support the band, and a large contingent of family members. (That’s where I fit in. Can’t help making the connection. Jon Harvey is my wife’s nephew.) They rocked. Steve Kiely was sweating in the hot July air. But they delivered it. The next time we saw The Truck was a few months later at SuperCrawl, September 2011. The crowd was about five times bigger. They were on a bigger stage, playing in the early afternoon. I remember Jeremy Widerman saying something like, “We’re not used to being up at this time of day, let alone performing.” But again, they hit it hard, and the crowd was totally into it. Next, they hit the road big time. Recorded a bunch of music, made some videos. Went to L.A. Recorded. Came back again. Toured some more. Got some airplay. Headed up some charts. Last summer they opened for a bunch of Deep Purple. The positive reviews they were getting added huge credibility to their talent and integrity. They toured some more. In December 2012 they came back to Hamilton to play a few shows, which were packed to overflowing. Then they toured more. And some more. In Ottawa recently they Opened for Billy Talent, taking the place of Sum 41. It’s just been crazy. Not a smooth ride. The band has struggled to keep the main thing truly THE MAIN THING, ie. to release the best quality, honest and worthwhile music that is true to their chosen genre. It’s all about the music.

And that’s why they deserve the JUNO.

Congratulations to all the JUNO winners, and the other nominees from greater Hamilton including Diana Panton, The Arkells and Walk Off The Earth.