Hamilton is a city of music.

When all things are considered, a major aspect of Hamilton is its vital music scene, to the point of it being its own economic and cultural driver, to which extra attention and civic pride should be directed. 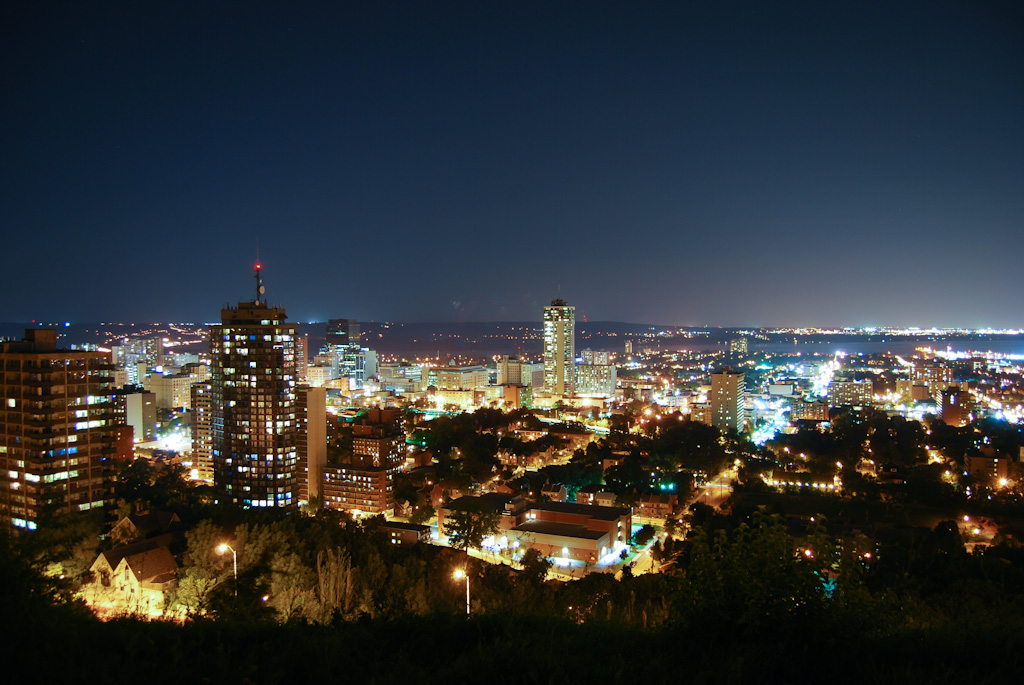 By the same token, do you think Halifax is a music city? Or London, Ontario? How about Kitchener? Ottawa?

All of these Ontario municipalities have recently made such claims.

Is becoming a “music city” just a simple matter naming and claiming it, like some kind of magic pill? What does it mean to call yourself a “City of Music”? What substance does it describe?

Pessimists may be quick to criticize Halifax or any other city for merely jumping on the bandwagon, and trying to accomplish an optical or perceived change but with no real substance. Where is all of this “music city” branding coming from? Is somebody making it up?

Let me bring you up to date.

In 2015 an extensive nation-wide research project funded by the IFPA (international recording industry) and Music Canada (major record labels) produced a 2015 report titled “The Mastering of a Music City.” In that report the case was made that music business is a major component of commerce, and that if attention was given to supporting music as a specific economic/cultural sector, cities could see it grow.

Of course, every musician already knew this, and so did every music-related business. However, the study accomplished a sense of unity and put hard facts on the table, setting the stage for a public, nation-wide movement that would capture the attention of politicians and business leaders. Provincial music organizations each developed their own strategy to follow up on the Music Canada study. In Ontario we got the Ontario Live Music Strategy, and the Ontario Live Music Fund.

A number of Ontario cities have undertaken to latch on to the “music city” identity, in order to get some of the money for special “music tourism” projects, Hamilton being one of them.

The Halifax initiative, led by a city councillor, will be “industry-led”. Here’s the link: http://m.thecoast.ca/TheScene/archives/2017/01/18/a-live-music-strategy-for-halifax-might-be-on-its-way

Based on my experience since 2014 with our Hamilton Music Strategy Implementation Team (now renamed as The Music Industry Working Committee or MIWC) there are two big questions that need to be answered by any city that seeks to build up its music sector:

To what degree is the music industry an economic engine and driver of business and commerce VS. being a cultural/arts asset?

Should the music business be boosted by the economic development department of the city, or the tourism department, or both?

Each city in Canada has its own situation, history, bylaws, political culture, and management style. Each city must figure out its own model. 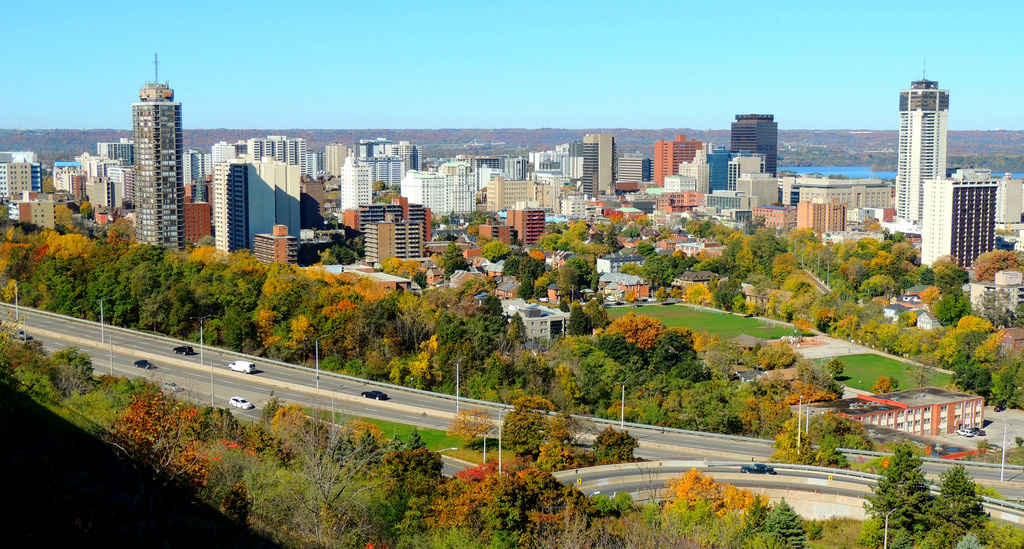 In Hamilton, we are finding our way. The Hamilton Music Industry Working Committee (MIWC) is an industry-led working group that is mandated with taking practical steps to promote music of all kinds in Hamilton. The members, myself included, are what you would describe as engaged citizens. We are volunteers committed to making some positive changes in our chosen industry of employment.

With Council approval, the MIWC has now expanded to 20 members.

Our mandate is to find ways to build audiences, make economic prospects better for musicians and performing groups and organizations, find ways to make things easier for local live music venues, to look for ways to build up music of all types, support music-related businesses, and develop a long-term view that promotes music education in order to nurture future audiences.

Basically, our job is to pay serious attention to the music industries in Hamilton, at all levels. Through brainstorming, discussion, and fact-finding, we attempt to arrive at a consensus about what can be done.

Every member of the Music Industry Working Committee is enthusiastic in one way or another about the value and the potential of music as an essential part of what it means to be a Hamiltonian. Each of us is directly involved in the music business as an ongoing major part of our daily lives.

We are learning how to work together as a team that widely represents the local music industry while at the same time having to follow the flow of appropriate municipal procedures.

Each committee member can plainly see how much is lacking in various parts of the local music industry infrastructure. We’re learning more details all the time, and we want to continue doing that. But the flip-side is that we understand how much growth is possible. And we aim to be positive! We see some easy ways to make change (for example back in 2015 Hamilton hosted the JUNO Awards, which was akin to riding a tidal wave of civic involvement, organization, and support!), while also seeing other more difficult challenges (for example, updating noise bylaws or securing adequate funding for various initiatives). But at the end of the day, we sense a groundswell of belief that Hamilton can and should be one of the best places in Canada to be a musician, or to be in the music business.

We’re not there yet, but we are driving forward!

As a City committee, the MIWC is bound to do things in a way that is appropriately managed, reportable, fiscally responsible, and minimizes risk to city assets. This is an onerous challenge. We need to find creative ways to not get caught up or even stopped in our tracks just because we’re not proposing “customary” ways of doing things, or by being too cautious and therefore doing nothing at all because of potential liability or embarrassment, etc.

One way that we will achieve this is by communicating very well with our city councillors, city staffers, and the general public. Each of us is committed to forging good working relationships with members of the public, as well as our elected and paid officials. Your help is important. If you need to tell us something important, please do so. Our co-chairs are Madeline Wilson and Jeffrey Martin.

Here’s what Martin says as we look forward to the coming year:

We’re moving into our 2nd term as a committee and we’ll have several new members joining our team, so there will be a lot of new energy and ideas. I believe the Music Industry Working Group will better reflect all sectors of the Hamilton music community.

Among our priorities for 2017 is music education and the establishment of a music education committee that will reach out to instructors and educational institutions across the city. It’s one of the key pillars of the music strategy and critical to the growth of Hamilton’s music scene and music community. We’re also focused on a marketing strategy that will officially brand Hamilton as a “city of music” — leveraging our music heritage and embracing the eclectic music scene we have today. Our overriding goal is to pull the City’s music community together to be more collaborative, integrated and supported. And like the music strategy vision statement states, “celebrate all thing music.”

We daily embrace the fact that our music scene is incredibly diverse and has a rigorous life of its own. As audacious as it may seem to claim that our committee of a few people can possibly represent “all things music” in Hamilton we will forge ahead with your best interests at heart.

My commitment is to keep you, my readers, informed at each step of the way. 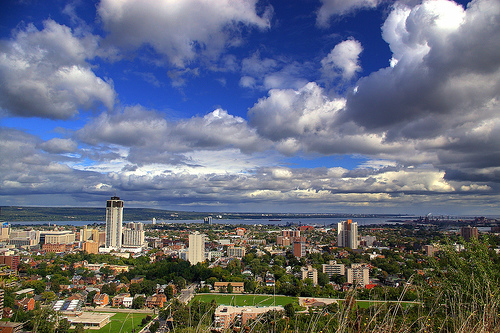