Home News “I Never Feel Lost In The Crowd” — Kiesza Visits Hamilton for...
If writing pop music is so easy, why don’t more people do it?”
~ Kiesza

Accordingly, Kiesza’s own first songs were also little more than lullabies, with a distinctly folky edge, but her writing progressed and after recording a few demos with a friend, she decided to submit the CD to a music school. She popped it in the post and set sail for Hawaii. When she arrived at her destination, her mum phoned: there was a letter from Selkirk College, who’d accepted her without an audition or interview.

Kiesza said farewell to the high seas, and after a year at Selkirk received a scholarship to the prestigious Berklee College Of Music in Boston. Her songwriting quickly developed, and she found that an esoteric and emphatic take on pop was where her heart truly lay. “A lot of people would say, ‘well that’s not even music – anyone could do that’,” Kiesza remembers. “And I started to think, if it’s so easy, why don’t more people do it? And of course it’s actually the hardest music to write. Its simplicity is an art in itself.” 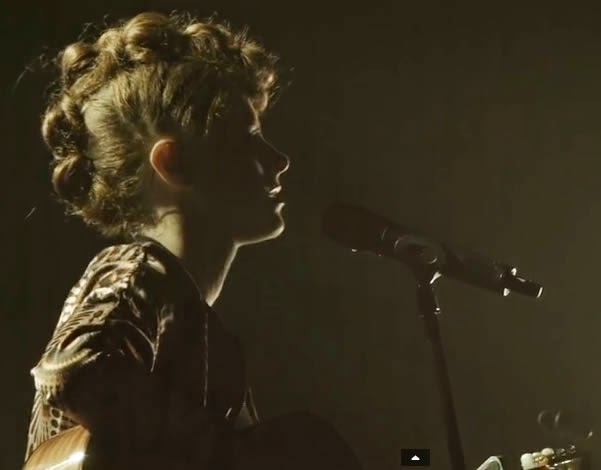 One sympathetic professor knew that Kiesza had a rare skill, and put her in touch with a recent graduate, Rami Samir Afuni who was in New York starting work on his own music. “Rami and I had incredible writing chemistry right from the beginning,” Kiesza explains. “We were experimenting with pop music. He gave me a whole different perspective on writing.” It’s an experiment that continues to this day, with Rami and Kiesza collaborating on the songs that form the backbone of her debut album. When Rami and I progressed into the deep house sound and I began singing in that style, it just flowed out of me,” Kiesza says now. “It just worked. It was an effortlessness I’d never come across before.

Kiesza’s adventurous, addictive personality means she’s never content to watch from the sidelines, and when she arrived in New York she quickly immersed herself in the city’s nightlife, hooking up with dancer friends to head out to parties like the legendary Body & Soul night. “We’d go out to these dance parties and people weren’t drinking or doing anything else at all, they were so into the dance. We’d see the dancing, the battling, the voguing; we’d start at 8pm and dance until four in the morning.” This, naturally, fed back into Kiesza’s music, which was continuing to evolve.

Sound of A Woman is available
http://smarturl.it/KieszaSoundOfAWoman