Anyone involved in the music industry – except, perhaps, at the highest levels – knows that it can be a tough row to hoe. Musicians face challenges in getting paid adequately for their work, venues on tight budgets struggle to come up with the funds to hire music acts and communities frequently have to rely heavily on higher levels of government and corporate funding to be able to stage entertainment for festivals and other events.

But a little-known fund has quietly been providing monies to a wide range of musicians and events throughout North America for 67 years, making it possible to bridge funding gaps and allow festivals, concerts and musical performances in smaller venues such as schools and seniors’ centres to take place.

The Music Performance Trust Fund was established in 1948 in New York City and remains headquartered there. It was born out of the great general strike of musicians in 1942 called for by American Federation of Musicians president James Petrillo. He protested against the major record companies’ failures to pay royalties to musicians on the sales of their recordings. The fund was created at the end of the strike some 27 months later. It began paying for free benefit concerts across the U.S., kept musicians employed and contributed to charitable causes.

Today, the fund pays out about half a million dollars annually to allow for over 2,100 performances by some 17,000 musicians across the continent. When MPTF trustee Dan Beck visited Hamilton as the guest of the Hamilton Musicians Guild in mid-July, he pointed out that the fund is facing new challenges in the form of digital streaming.

“It was better in times past in terms of revenue because it was all physical product that was sold,” he said. Now, with the digital revolution, “only 3 per cent of our revenue is from digital. That has meant a precipitous decline in revenue over the last 15 years … It has created many adjustments to the trust fund, but we still manage to do some good work.”

The terms of the fund are renegotiated with record companies every three or four years. An additional challenge the MPTF faces is making known its relevance and importance within the musicians’ union. Beck himself admits that when he took over as trustee two years ago, he didn’t even know about the existence of the fund.

“There was no profile for the trust fund,” he said. “When we create brandable opportunities that create a greater awareness, then you start to attract people to what you’re doing.”

Part of the effort involved in raising the profile of the fund is the establishment of a Facebook page and partnering with organizations such as the National Association of Music Merchants (NAMM) on a pilot program in two cities that puts music mentors into school systems not just for a day, but intermittently throughout the school year. “This influences not only the musicians working now, but the musicians of the future,” said Beck.

He is also exploring ways of growing the fund through partnerships with the National Council on Aging and corporations that cater to our increasingly aging population. These entities could support initiatives such as MusicianFest, which provides grants for musicians to perform in hospitals, social centres and retirement homes. The goal is to vastly increase the scope of the program beyond the 91 events it currently sponsors or co-sponsors per year, which range from small chamber group concerts to solo performances.

The impact of music and live performances on seniors is immeasurable, said Beck, as it brings peace, comfort and even memory back to people. “On top of that, they get up and move around. There’s a physical aspect to it, too. They’re some of the greatest audiences that I’ve seen … Some of these seniors’ centres rock!”

While in Hamilton, Beck took in MPTF co-sponsored concerts at the Waterfront and in Gore Park. “I’m thrilled to come up to Hamilton and see what’s going on here,” he said. “I think the local here in the last couple of years has been one of the most progressive that I’ve worked with. There’s a lot of enthusiasm, energy and new thinking. That’s important … They’re inventing and creating things that are important to the community and the livelihood of musicians.” 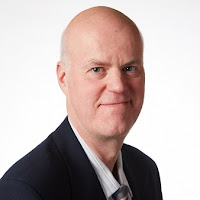 Tony Gosgnach is a Hamilton writer, media content provider and musician. His website, still partially under construction, is at www.wordsandsounds.ca