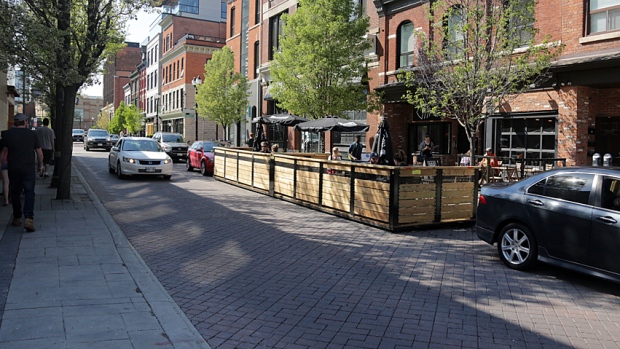 The West Harbour Neighbours (WHN) group that had effectively blocked the City’s pilot project to license amplified music on outdoor commercial patios has withdrawn its OMB appeal. On May 24 in a closed session, City Council approved a compromise deal with WHN.

“The appeal has been settled by agreement with the City,” said Herman Turkstra, legal representative for the WHN group, in an email.

Interesting to note that the WHN proposed to City Council they would drop the appeal if the City would remove the waterfront area from the pilot project’s site map. This is really a moot point since the Sarcoa site was the only waterfront venue producing music on a regular basis, and it is now shuttered because of a lawsuit.

What I find interesting is that the City has agreed to implement the placement of an on-duty bylaw officer who will be trained and, we would presume, equipped to measure decibel levels.

I am eager to see what kind of calls the bylaw officer takes over the course of the summer, and what levels of dBA readings are being recorded.

This will be a valuable baseline of information for city staff and the Hamilton Music Advisory Team to consider as we move forward to create a permanent by-law. The information will also be useful to other music cities that are considering the same type of initiatives.

Supporting the music economy means we have to consider the needs of music venues and create laws and policies that lay a fair and consistent foundation for their businesses to operate.

I’m proud to see how Hamilton is leading the way in this area of outdoor patio music.

The City now has a green light to begin licensing venues who want to have amplified music on their outdoor commercial patios. Hooray for music in Hamilton!