Home Artists-Musicians Prakash John: How To Pass The Torch Of Musical Excellence

“You’re A Square-Pants If You Hit The One”

An Interview With Prakash John

Prakash John is the consummate bass player and musician’s musician. After establishing himself as a solid, hardworking sideman and band leader touring in the seventies with acts such as Lou Reed, Domenic Troiano, Edgar Winter, Bush, Derek and the Dominos, Alice Cooper and Parliament/Funkadelic, John returned to Canada and started his own powerhouse R & B band The Lincolns, hiring Canada’s top players and setting the standard for live entertainment. The Lincolns under John’s management remain at the the top of the A List for corporate and high profile public shows and festivals across the country. When Wayne Gretsky planned his famous wedding, he hired The Lincolns. John is a member of the Rock and Roll Hall of Fame.

John has the interesting ability to transform his lifelong experiences in the music business to great benefit. He demonstrates excellent work ethics and willingly shares his healthy perspective on professional life as a performing musician. He candidly speaks about the balancing act and some of the challenges he faces as manager for his multi-talented son Jordan, one of the country’s hottest new talents. Jordan John was signed by David Foster’s Verve Records in July 2012. Father and son have been performing throughout the summer with drummer Al Cross as The Blues Angels in venues around the Golden Horseshoe. The Blues Studio shows at Ancaster’s Coach and Lantern have been a smash hit, fuelling word-of-mouth buzz and providing video documentary of their talent. The July 24 show featured special guest blues harpist Roly Platt. I spoke with Prakash before the show.

Prakash, if you’ve been playing since 1965, averaging three gigs a week, without any major holidays, tonight makes this gig number 7050.

“Really? Math was never my strength. And I never took holidays. Just Christmas. There were tours that were interminable. Like, when we toured with Alice Cooper we must have done thirty-six days in a row. But in the States I realized as a young musician, touring around, the cities they’re all close together. The talent can work in a much smaller area. You can get lots of decent gigs and play, play, play. But in Canada we would find that hard to believe because we only have six major centres. I’m not putting people down in saying that, that just a reality. It’s just Montreal, Toronto, Vancouver, maybe Ottawa. A young musician had to bankrupt themself just to get from place to place.”

“When I started with the Lincolns in 1979 I used to think, What the heck are all these bands and musicians doing? They were trying to do so much getting on Much Music, airplay, Canadian record deals, etc. But why are you living in these conditions? You don’t have gas to get to the next gig! And I started feeling angry at the Canadian business.”

I’ve done those six-nighters back in the mid eighties, traveling from one town to the next. We went through Huntsville, then we made a two day drive to Portage La Prairie, Manitoba. We ended up in Flin Flon. I was pretty pumped because I was making 200 bucks a week and nothing to spend it on!

“You couldn’t! You were driving all the time! You have to deal with the environment that you’re given. But I’m finding that in Canada that the population isn’t geared towards supporting two things: athletes and musicians. They want the glory that comes when our athletes succeed and when our musicians succeed, and in between it’s, ‘See ya later.'”

Do you think that without our summer festivals, it would be a bigger problem?

“Oh yes. With festivals you can have the mid-week concerts and Sundays also allow you the opportunity for that much more revenue.”

You were in Mont Tremblant for the Blues Festival a couple of weeks ago. How was that?

It was beautiful. Two things. The environment is absolutely beautiful. Jordan’s grandparents built a cottage up there, so we grew up traveling to Tremblant. And it’s absolutely beautiful; a log cabin hand built by his engineering grandfather. I’m too much of a city slicker but I loved it up there.  That’s the first time I ever went fishing. Even though I grew up on the ocean in Bombay I’m not so much of a water guy. Nobody goes to a lake there because they’re full of crocodiles. But in Canada everyone says, come on up to the lake! I only went fishing a few times. I was lucky enough to be at the dock when my younger boy caught his first fish. Now I feel so Canadian. Even when I was on tour with Alice Cooper and Lou Reed I always came home because there’e nothing like living in Canada. It’s like paradise. Even I complain about things and then I catch myself.”

And you live in Oakville now?

“My younger son went to St. Thomas Aquinas there. He’s now a quarterback at Laurier. Before that both of my boys went to Pinegrove, the French school in Oakville. Eastview was another school they attended. Going to French school was great. They have French heritage. They learned the principles of hard work and athletics.”

Was there ever a connection with music for your kids in school?

“With Jordan it was really quite good. In Kindergarten in music he once got a B. What’s that? Nobody gets a B in music! My wife said, “Take it easy, we’ll go and talk.” So I got talking to the teacher, who said, “I can’t understand it. Jordan’s having a really hard time finding the beat.” What? My son having a hard time finding the beat? She said, “When we count, he won’t hit the one when we clap.” I said, that’s my boy! That’s my boy! You do not hit the one, you’ve got to hit two and four. If you’re a squarepants you hit the one. So after that I knew things would be okay!”

“But then at Pinegrove Jordan had a fantastic music teacher. She won an ACE award. She recognized Jordan’s talent. He was brilliantly gifted. At six months he was humming. But I didn’t want to tell anybody, because people would have been saying, Oh yeah he’s the “music dad.” She deserves to be mentioned. She lives in Burlington or Hamilton. Her husband was a Presbyterian minister. He was retiring and they invited Jordan to sing at the special service. She had him do special things in music, and she recognized he was well beyond everybody else. So you have teachers like that, and you get other teachers who have no idea, and worse than that are envious of the talent. They actually try to subvert the talent, push it down, make it tough. So, all I could do is when the subjects were in my purview I would be able to go in and ask questions. Jordan had another good teacher. In high school he went to the Cawthra Park Regional Arts program.” 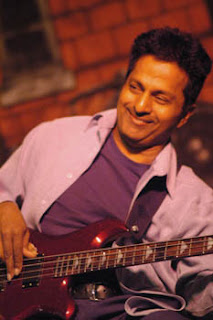 “But then they had him playing in every band. He was a great athlete and they wouldn’t let him play on the football team. Then he started to get sour. They wouldn’t let him go to basketball practice. He went there for three years. I told him, You’ve got to endure this. He started out as a drummer, and he’s a great singer. But he’s not a theatre singer. Don’t expect him to sing these theatre songs. Oklahoma. Are you kidding me? But he could play drums. He knows the music. He’s been taught to look up. But the conductors would get mad and say he’s too arrogant; he’s not looking at the page. I’d ask the teacher, Is he with you or not? The whole idea is to play music.  You’re reading it to help you play. If you’re playing it, to hell with the music.”

“I would also have to champion the cause of some other very brilliant young musicians whose parents weren’t musicians. My wife would say not to butt in, but I would say, This may be their only opportunity to do music, and it better be good! And it’s for all kids, not just my kids.”

Part two of this interview appears in the August 15, 2012 edition of Greater Hamilton Musician. [Part two is here.]