(HAMILTON, ON) Celebrated roots rocker Terra Lightfoot is excited to announce that she will be joining legendary singer-songwriter Bruce Cockburn as solo support on a run of central and eastern Canadian dates this fall. The full list of dates follows at bottom. Tickets go on sale Friday, April 7 through Ticketmaster.

“Bruce is an incredible talent and an amazing force live,” says Lightfoot. “Last summer, I had the pleasure of playing just before he did at Vancouver Folk Music Fest and I — along with thousands of others — sat transfixed by his entire solo acoustic guitar set, on the shores of the ocean at sunset. I’m thrilled to now be joining him on tour.”

A Canadian music icon, Bruce Cockburn has been a vivid and compelling recording artist since releasing his first album in 1970. Over an incredible career now in its sixth decade, Cockburn has released 32 albums and a hand-curated box set, sold over 7 million copies worldwide, distinguished himself as a musician of conscience and carved out an identity as one of Canada’s finest artists — a revered guitarist and one of the most important songwriters of his generation. Along the way, the Ottawa-born artist has been honoured with 12 JUNO Awards, an induction into the Canadian Music Hall of Fame, and a Governor General’s Performing Arts Award, and has been made an Officer of the Order of Canada. 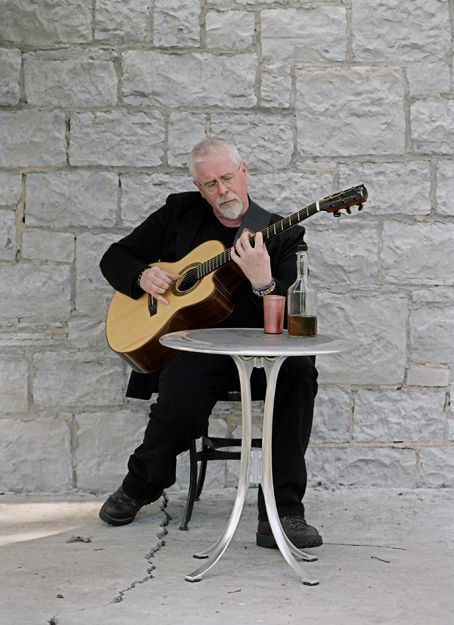 Terra Lightfoot’s acclaimed sophomore album Every Time My Mind Runs Wild (Sonic Unyon Records) established the soulful roots rocker as a singular talent and songwriting force, a jaw-dropping singer-guitarist and an irresistible onstage personality. The release was named one of the top 10 Americana albums of 2015 by Under the Radar, and top 50 Canadian albums of 2015 by CBC Music. Her 2017 follow-up Live in Concert documents an orchestral collaboration with the National Academy Orchestra of Canada. Lightfoot has wowed audiences across North America, the UK and Europe, and played hundreds of live dates, earning the Canadian Independent Music Association’s prestigious Road Gold certification. She has appeared as headliner and as support for the likes of Emmylou Harris, Gordon Lightfoot, Ron Sexsmith, Bettye LaVette, Blue Rodeo, Randy Bachman, The Sadies, Steve Earle, The Wood Brothers, The Bros. Landreth, Matt Andersen, Albert Lee, and Daniel Lanois.