Article and photos by Katie Campanella

After braving winter extremes of their own and treading on black ice – literally, just weeks prior, the warm welcome received by Hamilton fans seemed to be “All (They) Ever Wanted.” 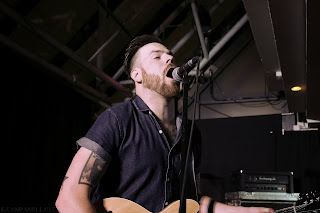 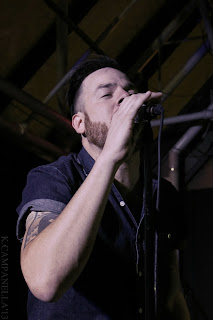 On their way home from a string of Western Canada dates, on the first of December, the band’s van spun out into a ditch resulting in a broken axel on their trailer. They had the axel repaired and set off again the next day on what would truly prove to be “The Longest Highway Home.” The van hit another patch of ice and slid off the road as the trailer filled with gear – still attached to the van, rolled twice. With two accidents in two days, their first in 10 years, the band decided to play it safe and fly home.

Not letting anything come between them and their long-awaited hometown anniversary show, the Reason took the stage at Absinthe just two weeks later with a 18 song set list including a 7 song acoustic medley and a cover of David Bowie’s “Let’s Dance.”

Fellow local musician Marra (of Dawn and Marra) joined White on stage in place of Sara Quin (of Tegan and Sara) to perform the Reason’s 2007 hit “We’re So Beyond This.” White, with hands folded over his heart, sincerely thanked fans – over and over throughout the show, for showing up in spite of the bad weather. “You persevered just like we did” he said.
Playing selections from their 2004 release Ravenna to their latest EP Hollow Tree and even a new song “Know No Better,” the Reason show no signs of slowing down any time soon.